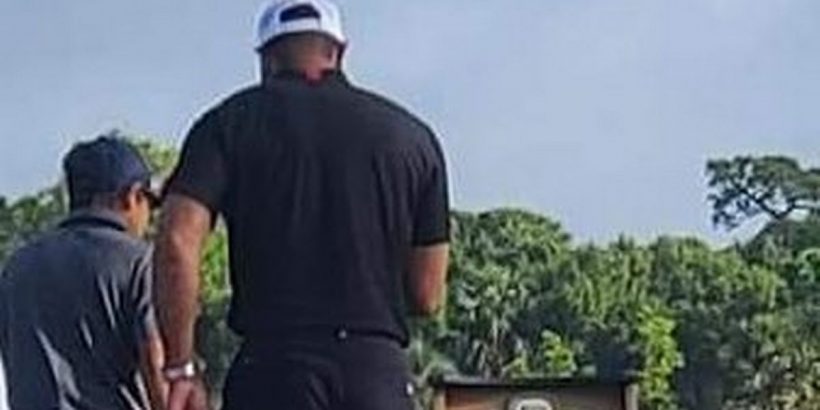 Tiger Woods has been spotted walking without crutches or a limp for the first time since his horror car crash earlier this year.

The golf legend suffered multiple broken bones and compound fractures in both legs after the crash in Rancho Palos Verdes, California, back in February, when his car hit a curb and a tree before rolling over the hillside.

After being rushed to hospital, he underwent surgery on the gruesome injuries and was fortunately able to return home on crutches three weeks later.

Now eight months on from the crash, Woods has been seen walking without the use of crutches in a video obtained by TMZ Sports.

The 45-year-old was watching his son Charlies take place in a junior golf tournament in Port St.Lucie, Florida, on Sunday and could be seen moving around the course freely.

There was no sign of any crutches to assist him or even a limp, although he is still wearing a sleeve on his surgically-repaired right leg.

Do you think Tiger Woods will return to golf? Let us know in the comments section below. The footage is undoubtedly a positive sign for Woods following such a serious crash, which has plunged his golf career into serious doubt.

The 15-time major champion admitted back in May that rehab was proving a difficult task, saying in an interview with Golf Digest: “This has been an entirely different animal.

“I understand more of the rehab processes because of my past injuries, but this was more painful than anything I have ever experienced."

When asked about the possibility of a return to the green, Woods said: “My physical therapy has been keeping me busy.

“I do my routines every day and am focused on my No. 1 goal right now: walking on my own. Taking it one step at a time.” Woods remains one of the greatest golf players in history, having clinched 14 major championships between 1997 and 2008.

He then broke an 11-year drought in sensational fashion at the 2019 Masters, completing a miraculous comeback to become a major champion once more.