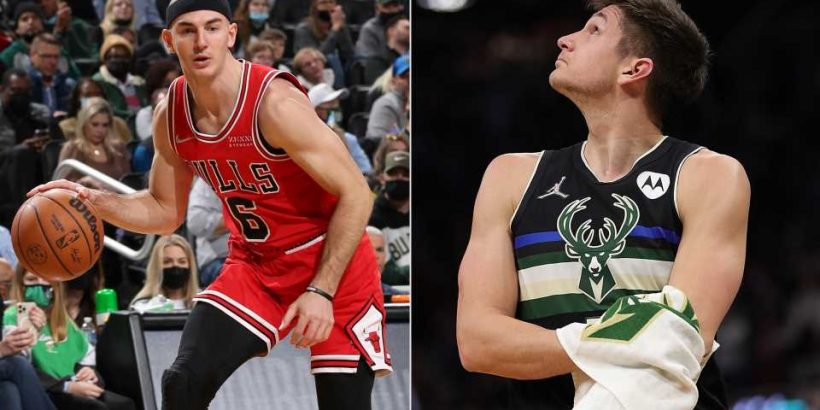 The Bulls announced on Saturday that Alex Caruso will need surgery after fracturing his right wrist on a Flagrant 2 foul from Bucks guard Grayson Allen.

Caruso was pushing the ball in transition in Chicago’s game against Milwaukee on Friday night when Allen went up for a block and ripped Caruso’s arm down.

Allen was automatically ejected from the game, and now Caruso is expected to miss 6-to-8 weeks because of the injury he suffered on the dirty play. This comes as a tough break for Caruso, who has played a major role as a lockdown defensive stopper for the Bulls this season.

The play also adds to a lengthy list of similar antics from the Bucks guard. Here’s a look back at how Allen earned his dirty reputation.

For starters, Allen has a five-minute (!) compilation of dirty plays and moments on YouTube from his time at Duke. That alone shows there is a track record here.

It took several dirty plays for Duke to take action, but eventually, in 2016, Allen was suspended “indefinitely” after blatantly trying to trip an Elon player as he drove to the basket.

This was far from the first instance — it was his third tripping incident alone, actually — as he had already been caught tripping a player from Louisville the previous season. He also had a few other low-light moments, like throwing a random hip check on a fast break against North Carolina that resulted in a Flagrant 1 foul.

The shameful part is that Allen’s “indefinite” suspension only lasted one game.

You can watch the full five-minute video below.

This trend wasn’t squashed once he got to the NBA, though.

At the NBA’s 2019 Summer League, Allen was ejected from a game after delivering not one, but two, flagrant fouls on Celtics forward Grant Williams.

It continued in 2020 when Allen and Hawks star guard Trae Young had a back-and-forth exchange on Twitter over a play that Young deemed as dirty.

Allen hasn’t had a chance to address his most recent incident, but Caruso shared his thoughts with the media after the game.

“Dude just kind of grabbed me out of the air. It was kind of bulls—,” the Bulls guard said.

Now that Caruso’s injury has been confirmed, it will be interesting to see if the NBA will follow up with a suspension for the Bucks guard. Check back for updates on the situation.