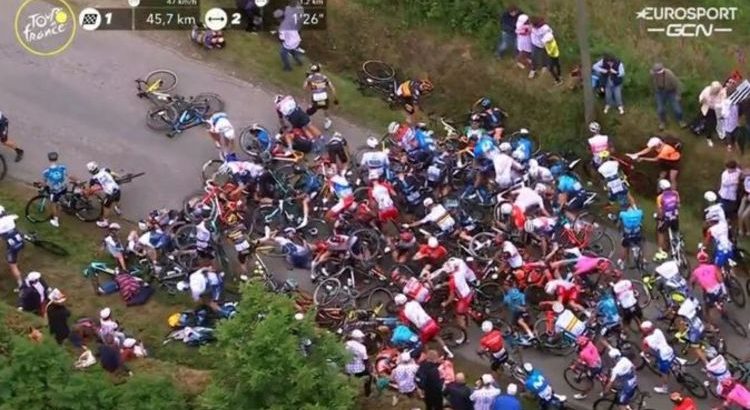 The Tour de France in numbers

One careless fan at the Tour de France who was not paying attention to the race managed to cause a heavy crash during the peloton but thankfully, there were no serious injuries. The collision spelt the end for my riders, who were unable to continue following the nasty incident which occurred with around 45k to go.

Tony Martin was pedalling when he crashed into a spectator, who was holding out a sign onto the road.

Replays showed that the supporters was holding up a cardboard sign that read: “Allez Opi-Omi!”

Yet instead of paying attention to the race, the fan was looking at the cameras on a passing bike and smiling as the riders raced towards them.

Disaster soon followed when Martin crashed into the sign and as therefore knocked off his bike. 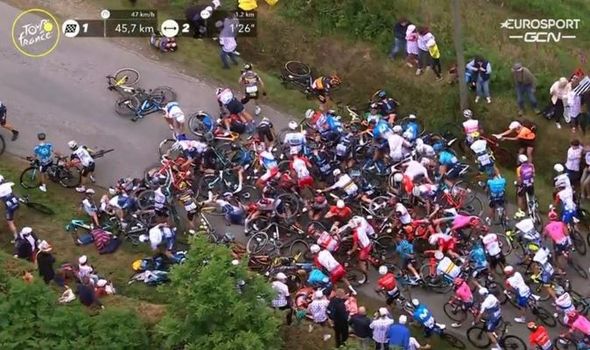 The trailing competitors then slammed into his body with several being flung from their seats.

The whole of the Jumbo Visma team were wiped out following the incident in bitterly frustrating circumstances.

Furthermore, Primoz Roglic also went down heavy in what can only be described as rotten luck for the Slovenian.

Sonny Colbrelli and Julian Alaphilippe were also among those affected during the crash.

Team Qhubeka NextHash, Africa’s first UCI World Tour Team had a clear message for spectators after the incident and encouraged the crash to be a wake up call for those watching the action.

“Our beautiful sport is completely unique and extra special in how accessible we are to the fans,” they tweeted.

“If we could please remind all spectators along the roads to stand back, at a safe distance, as the race passes by.”