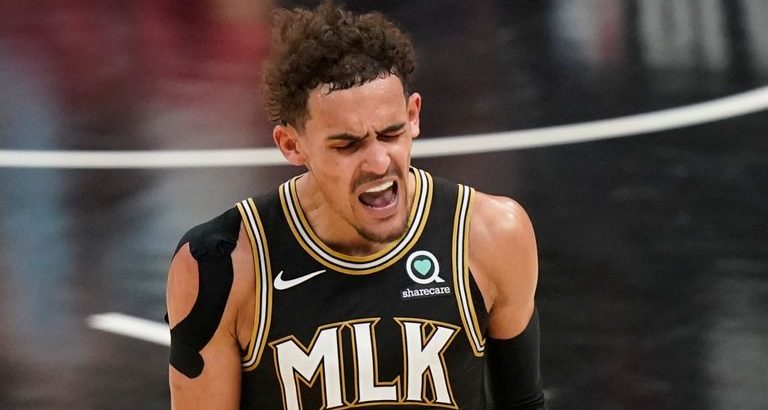 Trae Young collected 25 points and a career-high-tying 18 assists to fuel the host Atlanta Hawks to a 103-100 victory over the Philadelphia 76ers on Monday in Game 4 of their Eastern Conference semi-final series.

The Hawks overcame an 18-point second-quarter deficit and evened the best-of-seven series at two wins apiece. Game 5 is Wednesday in Philadelphia.

With Atlanta nursing a 101-100 lead, Philadelphia forced the Hawks into a turnover before taking a timeout with 16.6 seconds to play. Joel Embiid, however, failed to convert on a drive to the basket with 8.8 seconds remaining to fall to 0-for-12 from the floor in the second half.

Young subsequently made two free throws to give the Hawks a three-point cushion with 6.6 seconds left. Seth Curry’s off-balance three-point attempt caromed off the back of the rim to end the game.

Tobias Harris had 20 points and Embiid recorded 17 points and 21 rebounds for the top-seeded 76ers, who were outscored 54-38 in the second half.

Ben Simmons had 11 points, 12 rebounds, nine assists and two blocks on the same day that he was named to the 2020 21 NBA All-Defensive First Team.

Embiid made a pair of foul shots to give Philadelphia a 95-94 lead with 3:23 remaining in the fourth quarter before Furkan Korkmaz extended the advantage by draining a deep three-pointer. Collins converted from beyond the arc on the next possession, and Young sank a floater with 1:17 left to regain the lead for Atlanta.

The Hawks chipped away at their early deficit before Bogdanovic drained a three-pointer to give them an 83-82 lead early in the fourth quarter.

Shake Milton scored all eight of his points in a 77-second span to hand the 76ers a 92-88 advantage, but Young’s floater, a defensive goaltending call and Capela’s alley-oop dunk regained the lead for Atlanta.

Philadelphia overcame an ice-cold shooting performance to start the game before scoring 24 of the final 34 points to take a 28-20 lead at the end of the first quarter. Curry sank two three-pointers en route to scoring eight points for the 76ers, while Bogdanovic had 10 points to pace Atlanta.

Embiid briefly went to the locker room during the start of the second quarter before his return ignited a surge by Philadelphia. Embiid made a three-pointer shortly after re-entering the game, and Harris converted from beyond the arc on consecutive possessions to highlight a 17-3 run by the 76ers.