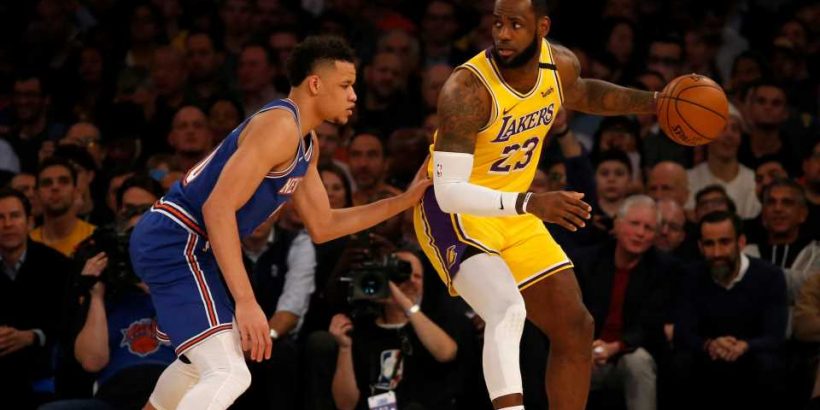 Raise your hand if you predicted that the Knicks and Lakers would have identical records with just four games left on their regular-season schedules. Yeah, didn’t think so.

Both New York (38-30) and Los Angeles (38-30) have plenty on the line heading into their Tuesday night clash at the Staples Center. The Knicks find themselves at No. 4 in the Eastern Conference standings, but they are only one game up on both the Hawks (38-31) and Heat (37-31) in the loss column. The Lakers, meanwhile, are chasing the Trail Blazers (40-29) for the No. 6 seed in the Western Conference, which is key this year with the Nos. 7-10 teams in each conference participating in the play-in tournament before the first round of the NBA playoffs.

Los Angeles could receive a big boost with multiple reports indicating that LeBron James may be available to play against New York. The four-time MVP has missed 24 of the Lakers’ past 26 games with a high right ankle sprain, but he appears to be ready to return ahead of what LA hopes will be another deep playoff run.

Here is everything you need to know to watch Knicks vs. Lakers, including the tipoff time and TV channel for Tuesday’s game.

What channel is Knicks vs. Lakers on today?

Knicks vs. Lakers will be broadcast live on TNT. You can also live-stream the game via Watch TNT or the Watch TNT app.