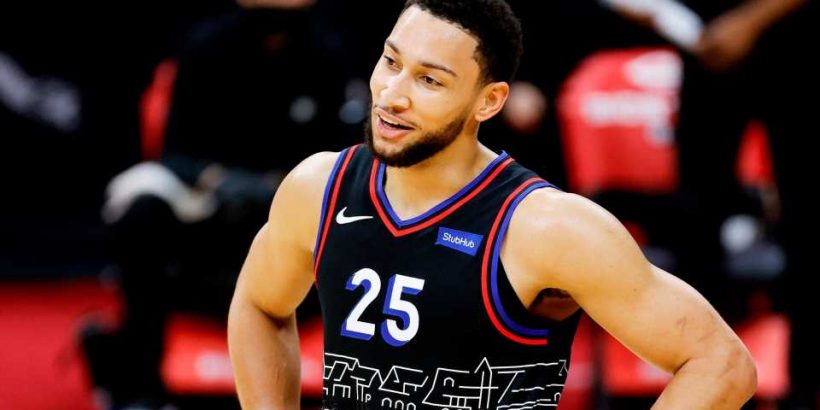 Perhaps much to the dismay of both sides, it seems as though the ongoing saga between Ben Simmons and the 76ers will be a slow burn.

Team president Daryl Morey intimated as much when he said people should “buckle in” and expect the process to drag on as they search for a suitable trade package. However, Morey was quick to heap praise on Simmons, perhaps merely as a means to inflate his trade value.

But if a trade happens this year, it may not be for several months, as longtime NBA reporter Marc Stein reports the team may choose to wait until Dec. 15 to move Simmons. That’s because Dec. 15 is the date when most players in the league officially become tradeable if they signed a contract extension in the offseason.

“Ben Simmons is a difference maker,” Morey said. “Right now, I know there are people who are down on Ben Simmons, and there are good reasons for that from multiple perspectives both on the floor and off, but the reality is this guy is a multi-time All-Star… who is one of the most impactful defensive players in the league.”

Morey even said the process could drag on for all four years of Simmons’ current contract. Morey also said the Sixers have mainly gotten offers featuring role players to this point, offers which he deemed wholly unacceptable.

Simmons was slated to make $33 million this year but that number could be drastically less, as the Sixers have fined Simmons to the tune of nearly $2 million for missing games, practices and meetings.

Part of the reason for Simmons’ recent absence has been because he recently told his teammates and the organization that he wasn’t mentally ready to suit up for them. This announcement was met with scorn by some and skepticism by others, but was also met with an overwhelming amount of support — notably from NBPA President Michelle Roberts and his teammates, inluding Tobias Harris.

“Really? Is it so hard to believe that Ben’s not mentally at a place to compete? Professional athletes — like the rest of us — have difficult periods in our lives that require time and energy to heal. We have and will continue to provide Ben with the support and resources he needs to work through this,” Roberts told Yahoo Sports’ Vincent Goodwill.

“Threatening the prospect of ‘another four years’ serves no one’s interests. Like Tobias [Harris], I say let’s respect Ben’s space and embrace him while allowing him the time to move forward. So, take a breath and count to 10: We are all too good to continue to play this perpetual game of chicken.”

Simmons has yet to suit up for the Sixers this season and was even kicked out of practice by coach Doc Rivers last week.

Rivers has routinely said Simmons will be welcomed back, but even if that’s true, it remains to be seen just if or when Simmons’ next game of basketball is for the Sixers or another team come December.