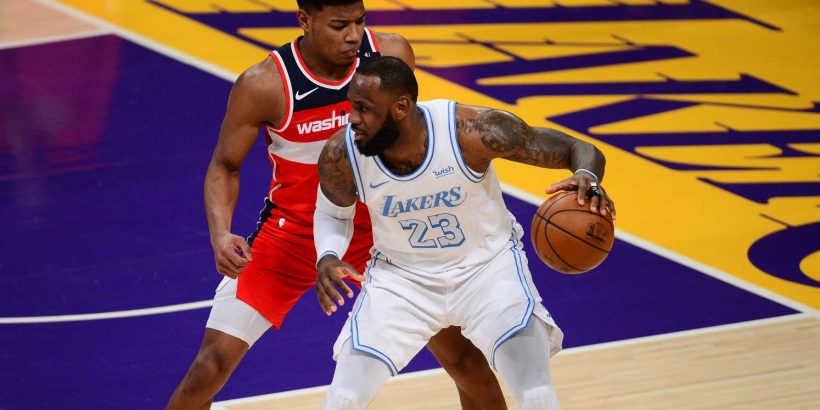 The story is about to be written once again. So, Los Angeles Lakers star LeBron James questioned the accuracy of the past and future commentary about his health and energy.

"This whole narrative that LeBron needs more rest so I should take more rest and take time has become a lot bigger than it actually is," James said. "I’ve never talked about it. I don’t talk about it. I don’t believe in it. We all need more rest. This is a fast turnaround from last season. We all wish we could have more rest. But I’m here to work. I’m here to punch my clock in and be available to my teammates. If I’m hurt or not feeling well, we can look at it then."

Lakers coach Frank Vogel sounded somewhat open to looking at that issue following the team’s 127-124 loss to the Washington Wizards on Monday at Staples Center.

On one hand, Vogel described James as a "workhorse" and praised him for "doing everything he can for us" after finishing with 31 points, 13 assists and nine rebounds in 43 minutes. On the other hand, Vogel admitted "we got to continue to find ways to lighten his load." James has logged 40-plus minutes in four overtime games in the past month. He has averaged 37.8 minutes in the past five games while Anthony Davis has nursed an injured right calf. And he averaged 40.6 minutes in the seven games leading up to Davis’ injury.

He has admitted the challenges of playing without Davis and Dennis Schroder, who has sat the past three games because of the NBA’s health and safety protocols. James called Davis "one of the primary load guys" and Schroder "one of the primary ball-handlers." But James said he "can continue" to assume more play-making and post-up responsibilities.

James has also shot 11-of-56 from 3-point range in the past seven games. But James maintained, "just have to keep shooting" before reporting he "felt great" when he shot nothing but 3-pointers during a morning workout for 35 minutes. Later that evening, James shot only 2-of-10 from deep, including a missed 37-footer that could have tied the game with 6.2 seconds left in overtime. Though James conceded he did not like the feeling of his first and last 3-point attempt, he contended that he "felt great" taking the eight other shots.

But what about James’ missed free throw with the game tied at 115 with 9.8 seconds left in regulation? Or the eight turnovers that he committed? James did not blame that on heavy legs, either.

"I take that responsibility for sure," James said. "I have to be better."