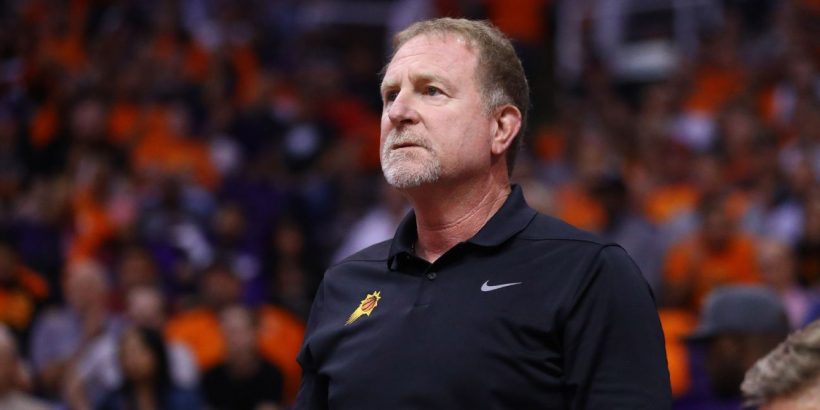 After 18 years as Phoenix Suns owner, Robert Sarver left many across the NBA with a story.

Some are bizarre, like when he put a herd of goats in his general manager’s office. Some are repugnant, such as his racially insensitive language and treatment of employees detailed by an NBA investigation that concluded last week. Some are bewildering, like when fellow NBA owners watched him clip his nails on a Zoom call during a mid-pandemic board meeting, sources said, with the debris falling on his dark shirt.

The final chapter on Sarver, though, is about to be written.

He announced Wednesday that he plans to sell the Suns and Phoenix Mercury. At the start of a yearlong suspension, Sarver is likely to soon be off the league’s radar permanently.

It relieves a major stress point as teams open training camp, where players undoubtedly will make their feelings known about the situation. But the eventual sale doesn’t necessarily mean the problem has gone away.

Sarver is the third owner in the past eight years who has sold his team after racially insensitive incidents became public, following Donald Sterling of the LA Clippers in 2014 and Bruce Levenson of the Atlanta Hawks in 2015.

Player backlash contributed to pressure that led the league to ban Sterling for life and turned up the heat on Sarver to fold instead of serving his league-appointed punishment.

“I’m so proud to be a part of a league committed to progress!” LeBron James tweeted after Sarver’s announcement.

James and Suns star point guard Chris Paul expressed disappointment in the NBA’s initial punishment for Sarver — a one-year suspension and $10M fine — and pushed for a harsher penalty. So did NBPA executive director Tamika Tremaglio, who called for a lifetime ban. Golden State Warriors star Draymond Green, for his part, called for a vote among owners to remove Sarver to force them to choose sides.

These well-timed, well-crafted and strategic uses of influence, combined with fleeing sponsors, ultimately held one of the league’s power brokers accountable. But it’s an unsettling statistic that 10% of the league has now had to deal with such ugliness in less than a decade.

Sarver’s exit serves as notice that tolerance for poor ownership behavior has been tightened. The reactions sent a message: No longer will ignorance be acceptable as an excuse.

NBA commissioner Adam Silver said he believed Sarver’s punishment was appropriate after the league’s long and exhaustive investigation found that the repeated use of the N-word didn’t prove racial “animus.” The players who spoke out rejected that premise and likely many more would have done the same when microphones were put in front of them next week.

Silver, who acts largely as a voice of the owners, said that he believed the penalties were fair when taking into account the “totality of the circumstances, not just those particular allegations, but the 18 years in which Mr. Sarver has owned the Suns and the Mercury.”

Those who spoke out rejected this too and made it clear: Bad acts are bad acts — no matter how long ago they occurred or what good might have come since.

This, in particular, seemed to sting Sarver, who when the initial allegations arose defended himself by listing his charitable gifts and work in the community. He did so again Wednesday while announcing his team was up for sale.

“But in our current unforgiving climate, it has become painfully clear that that is no longer possible — that whatever good I have done, or could still do, is outweighed by things I have said in the past,” Sarver wrote.

Though he did it through gritted teeth, Sarver swallowed the reality that behavior that had been tolerated for so long has been declared unacceptable.

This is an evolving new reality, a world in which there is an electronic paper trail on nearly everything, where the threat of discovery in lawsuits is constant, where emboldened employees previously muffled by fear or nondisclosure agreements are speaking out.

Is this the end of this trend? Are there others? Can the NBA, which is currently in what has been described as productive labor talks between players and owners, heal from this painful episode?

These questions will remain unanswered for now. But they are the ones that sit just behind the glow of the reaction to Sarver’s demise. And that unknown is distressing to the highest levels of the league.