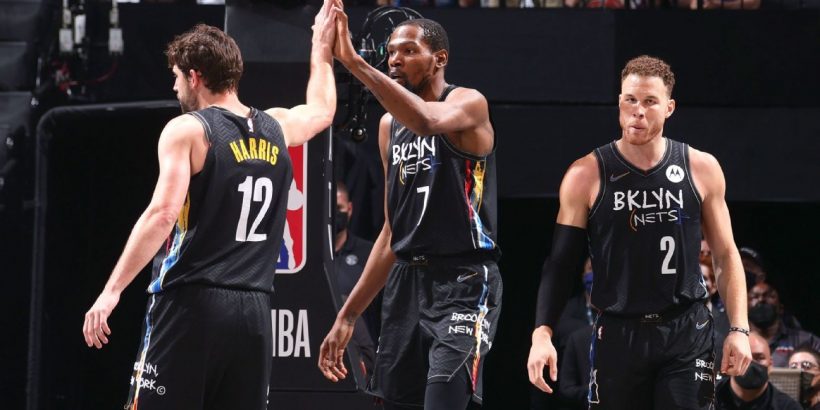 How can the Brooklyn Nets beat the Milwaukee Bucks without two of their three stars?

On Monday, Nets head coach Steve Nash told reporters that Kyrie Irving is out for Game 5 of their series with the sprained ankle he suffered Sunday. Shortly thereafter, Brooklyn ruled out fellow All-Star guard James Harden due to the hamstring injury that has sidelined him since Game 1 against the Bucks.

That means the Nets will play Tuesday’s pivotal Game 5 with only Kevin Durant of their three high-scoring star players. After losing both games in Milwaukee to leave the series tied at 2-2, what can Brooklyn do better to maintain home-court advantage? Let’s take a look.

Brooklyn’s track record with only Durant

Of Brooklyn’s three stars, Durant played the fewest minutes without either of the other two during the regular season because of his injuries: just 286, as compared to 613 for Irving and 517 for Harden. During that span, the Nets were quite good, outscoring opponents by 14.4 points per 100 possessions outside garbage time, according to Cleaning the Glass lineup data — even better than the team did with all three on the court (plus-11.1 net rating).

Aside from the small sample, another reason to be skeptical of that stat is a heavy percentage of those minutes came against non-playoff opposition. Durant’s lone two games without either other star after Harden joined the lineup came in lopsided April wins over the Minnesota Timberwolves (by 30 points) and Indiana Pacers (by 17 points).

The Bucks present much stiffer opposition.