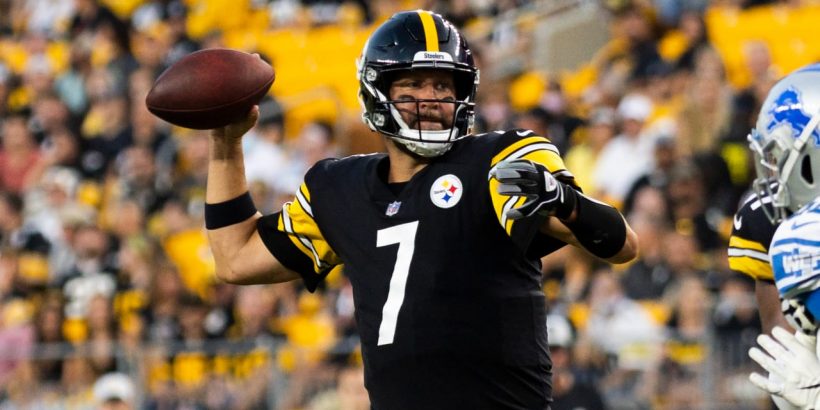 Itching to watch an underdog try to overcome the odds or triumph against adversity? Simply looking to pass the time reading another NFL.com article while stuck in your cube? Marc Sessler offers a bead on 10 intriguing scenarios to track as we tumble toward Week 1:

The Lions emit the vibe of a club primed to star weekly in our Underdogs featurette, but the opener looms as especially gnarly. I was in a hospital bed (long story) during San Francisco’s frenzied preseason romp over the Raiders. Despite my mind obscured by a Dilaudid drip, the senses were piqued by the sight of brainiac coach Kyle Shanahan flip-flopping Jimmy Garoppolo and electric rookie Trey Lance under center on back-to-back touchdown drives that combined for 143 yards off 24 plays over 12-plus minutes. Shanny is speaking to us through a flaming trumpet, declaring: I will use both of these quarterbacks in a flurry of action that drives defensive coordinators to imbibe cupfuls of the brown stuff at night. Whoever drew the task of stopping this madness in Week 1 was up against it. That’s especially true of a Lions defense fronted by a Jeff Okudah-led secondary bathed in question marks.

It’s fair to ask if Dalton qualifies as an underdog. At least from this angle: Most of us are tugged by something within that compels us to root for the counted-out opponent. I can’t locate five fans of the sport longing to see Dalton start over Justin Fields in Chicago’s prime-time opener against the Rams. It equates to a nationally televised buzzkill. Matt Nagy firmly believes Fields will benefit from watching and learning, but what about us? We’ve watched Andy Dalton. We’ve learned all we need to know.

Cincinnati’s offensive line remains a bubbling concern. Even those peering at tackles ﻿Jonah Williams﻿ and ﻿Riley Reiff﻿ through rose-colored glasses must question how ﻿Quinton Spain﻿ and ﻿Xavier Su'a-Filo﻿ will hold up at guard. Reliable-if-you-squint center Trey Hopkins, meanwhile, is returning from a Week 17 torn ACL. A lone injury would body rock the shaky depth of a unit charged with protecting Burrow. A weird camp saw the potentially starry passer finally look the part after weeks of public fretting over a heavily braced left knee that left him “just not feeling like myself.” A drop-peppered preseason by first-round wideout Ja’Marr Chase didn’t quell concerns over Cincy’s decision to bypass tackle Penei Sewell in the draft. Add it all up and the question keeps coming: Do we trust the Bengals with Burrow’s career?

The Giants want to see quarterback Daniel Jones make the type of third-year leap we saw from Josh Allen. Don’t hold your breath. Suspicions around a milquetoast line are valid, especially after watching last year’s fourth-overall pick, Andrew Thomas, “set off alarms” at left tackle in a troubling preseason finale against New England. While the marvelous-when-available ﻿Saquon Barkley﻿ is “gearing up” to face Denver on Sunday, it’s iffy to expect a full workload. Tight end ﻿Evan Engram﻿’s jacked-up calf makes him a “long shot” to play, while rookie wideout Kadarius Toney missed most of camp with COVID-19 and hamstring issues. It was telling to hear free-agent pickup ﻿Kenny Golladay﻿ — who lost most of August to injury — warn reporters over a “probably slow” start for an offense set to face a Broncos defense bathed in riches, especially in its loaded secondary.

He’s a Hall of Fame shoo-in who says he was never fully healthy a year ago. Still, an overly long offseason was flooded with the same burning questions on repeat: Is Roethlisberger cooked? Will his less-than-spry, 39-year-old dad bod remain upright behind an in-flux, patchwork line running a new-look offense? Doubting Big Ben is fashionable, but he put together a good camp and looked free from any elbow issues in an August shredding of the Lions. Outdueling Buffalo’s Josh Allen would throw the football community on its butt while reminding us not to count out this big-bodied hurler just yet.

Coach Payton’s stiff upper lip in a post- Drew Brees universe is noted, but the Saints sit mired in transition. The club’s low-grade collection of tight ends and receivers (Michael Thomas is out until Week 7) suggest a slow start on offense. When I ponder Jameis Winston — even behind this sturdy offensive line — the job title that comes to mind is Productive Wild Card. Adding to the tumult, Hurricane Ida forced Payton to move his club to Dallas for practice before voyaging to Jacksonville for a so-called home opener against the Vegas-favored Packers. Payton remains one of the game’s finest tacticians; pulling a playoff berth out of this mess should earn him Coach of the Year.

The Browns were hounded through the air last season. The front office noticed, rebuilding the secondary by adding safety John Johnson III, cover man Troy Hill and first-round corner Greg Newsome II. Cleveland also tabbed Jadeveon Clowney to hopefully wreak havoc up front opposite Myles Garrett. The new faces all but guarantee improvement, but is there a taller order than debuting against a white-hot Chiefs attack posing the same old questions: Who stops Tyreek Hill﻿? Travis Kelce﻿? Patrick Mahomes spinning impossible sidearm lasers through seven tight windows to an open human adorned in red? The NFL is basically telling the Browns: Prove to us you belong. Will coordinator Joe Woods have his charges ready?

The Texans will likely be smashed by oddsmakers all fall as a talent-poor operation veering toward football’s ugliest record. Outside of the Aa-Rod shenanigans in Green Bay, no team doubled more effectively as an offseason drama-magnet than Houston. Newbie head coach David Culley was left twisting in the wind, forced to field unanswerable questions about the future of ﻿Deshaun Watson﻿, the franchise quarterback facing serious legal issues who doesn’t want to play for the team to begin with. It’s fair to wonder if (and how) Culley survives the storm ahead. He vibes high-level scapegoat on a team ready to point fingers. I’d adore watching Culley author upsets with ﻿Tyrod Taylor﻿, but the concept alone feels pulled from a separate reality than ours.

Raiders owner Mark Davis refused to attend a game at Allegiant Stadium last season. The fans couldn’t go, so he wouldn’t go. What he missed was a Raiders defense crumbling at every turn thanks to a messy secondary and a front that produced the fourth-fewest sacks in the NFL. The Raiders are dotted with defensive draft picks — ﻿Clelin Ferrell﻿, ﻿Johnathan Abram﻿ and ﻿Damon Arnette﻿ — refusing to live up to their pedigree. Drawing Lamar Jackson in Week 1 is no cakewalk, but it’s possible to build a case for Vegas: The Ravens are banged up and exiting a tough-luck August that saw them lose ﻿J.K. Dobbins﻿, a candidate to lead the AFC in rushing. There’s also new defensive coordinator Gus Bradley, who — as a Chargers aide three Januarys ago — neutralized Jackson’s run-heavy attack in the playoffs. Can Bradley cook up something equally sinister by Monday evening?

Hard Knocks chuckles aside, Mike McCarthy strikes me as dead-man-walking material if Dallas shoots blanks in 2021. It starts with an owner and general manager in Jerry Jones who feels most at home orating lengthy, tearstained pressers in which he becomes enraptured with the concept of another Super Bowl berth — his first in 25-plus years. The Cowboys operate in their own headspace and Jerry’s desperate to reach the mountaintop again. With zero excuses to produce anything but a top-five offense, old-school McCarthy might not survive a rough-and-tumble slog inside a half-baked NFC East. Week 1 is vastly overrated, but for a franchise fueled by gloss, a Thursday night implosion against Brady and the Bucs would tighten the vice in a hurry.