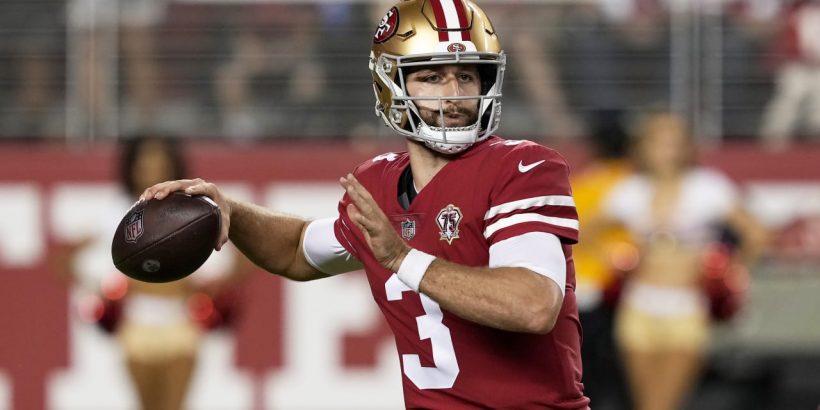 While 49ers fans await one first-round pick — Trey Lance — to burst through the front door at the quarterback position, another has quietly exited out the backdoor.

The club has waived Josh Rosen﻿, according to NFL Network’s Mike Garafolo. The team later announced the move and the corresponding addition of defensive back Davontae Harris﻿, via waiver claim from the Baltimore Ravens.

Although injuries at the position can quickly renew opportunities for quarterbacks on the scrap heap, this could spell the end of a career for Rosen, who was selected No. 10 overall by the Arizona Cardinals just three years ago.

He got his most extensive opportunity as a rookie there, but struggled mightily in 13 starts under a coaching staff that was fired after just one season. The writing on the wall for Rosen’s departure came just a year after his own draft selection when new coach Kliff Kingsbury welcomed Kyler Murray with the No. 1 overall pick in 2019.

It was onto the Dolphins from there — Arizona moved Rosen to Miami for second- and fifth-round draft picks — but things got no better for the quarterback in South Florida. He started just three games in Miami, losing them all while throwing just one touchdown pass against five interceptions, only to see the club draft Tua Tagovailoa No. 5 overall the following spring. After a stint on the Buccaneers’ practice squad, Rosen was signed by the 49ers last December.

Rosen starred at UCLA and was a highly-regarded prospect in the 2018 draft, one of five quarterbacks selected in the first round that year, with Baker Mayfield﻿, Sam Darnold﻿, Josh Allen and Lamar Jackson﻿.

He’s proven to be the clearest bust of that group, but quarterbacks always seem to be in short supply.

He could still re-emerge at a training camp near you.