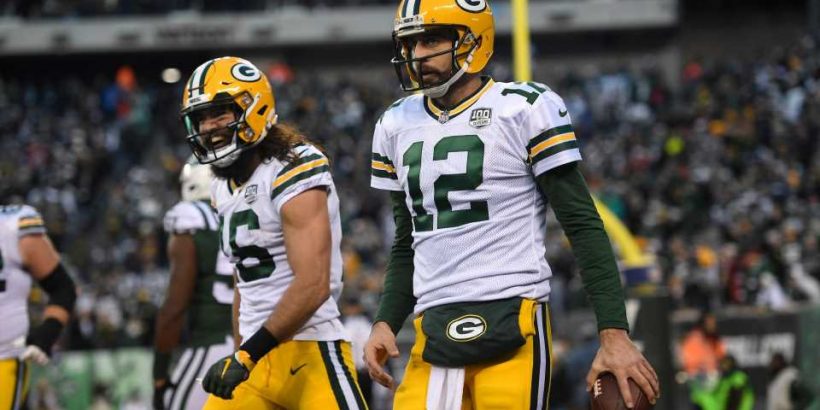 During the 2021 NFL Draft, it became evidently clear that the relationship between Aaron Rodgers and the Packers is on the rocks. There are countless factors that have played a part in the erosion of the relationship from the team’s decision to draft QB Jordan Love in 2020 to Rodgers’ desire for an extension.

However, one of the apparent straws that broke the camel’s back was something that not even the most passionate football fans would expect.

According to NFL Network’s Ian Rapoport, the “death knell in the relationship” between Rodgers and the Packers came when Green Bay made the decision to release wide receiver Jake Kumerow ahead of the 2020 season.

“Rodgers, I’m told, also wanted to be involved in more of the personnel decisions,” Rapoport said. “This is crazy, but it does seem like the one thing that drove Rodgers nuts was when the organization released Jake Kumerow just a day after he praised him publicly. [That’s] described as a little bit of a death knell in the relationship.”

On the surface, this may seem bizarre. After all, Kumerow had totaled just 20 catches, 322 receiving yards, and two touchdowns during the ’18 and ’19 seasons with the Packers. He didn’t seem like a big part of the receiver room. He was just a fine depth option.

That said, as Rapoport detailed, Rodgers liked Kumerow, and just five days before final cuts, he commended Kumerow’s effort and called him “a fantastic, steady player” in an appearance on SiriusXM NFL Radio.

“Jake Kumerow has been such a solid performer for us for the last couple of years. I love his reliability,” Rodgers said. “I think he’s a fantastic, steady player, who’s very heady on the field. He makes plays, he plays with a lot of confidence, and he’s a guy who you love having on the squad.”

Granted, Rodgers did bring up other receivers during that interview, including Allen Lazard and Marquez Valdes-Scantling. Nonetheless, Rodgers was clearly fond of Kumerow, yet the front office still decided to cut the receiver.

Perhaps it wasn’t the release of Kumerow specifically that got to Rodgers. More likely, it was the fact that the front office didn’t make him privy to the information before making the decision to part with a receiver that he liked. It could be similar to the Love situation, where Rodgers wasn’t made aware of the organization’s decision before the selection of Love in the first round of the ’20 draft.

Kumerow’s release, in and of itself, isn’t close to the only reason that there’s some strain on the relationship between Rodgers and the Packers. It’s just one of the very many little things that have piled up to disgruntle the veteran quarterback.

Now, it’s time to see if the Packers can do enough to fix this or if the disagreement between the two sides will come to a head in the future.