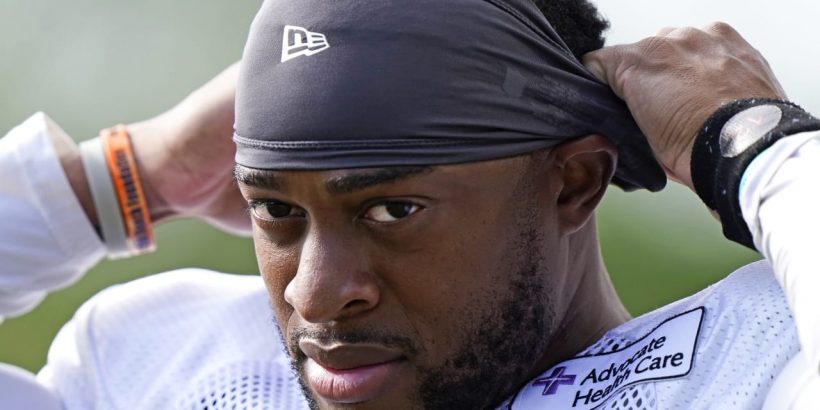 ﻿Allen Robinson﻿ has repeatedly said everything is on the table regarding his future in Chicago or elsewhere.

Last week in an interview with SiriusXM NFL Radio, the Bears receiver said there was an “open line of communication” with the club but noted that sides hadn’t spoken for “some time.”

That some time is apparently months.

NFL Network’s Tom Pelissero reported Tuesday on NFL NOW that no talks on a long-term contract extension between the Bears and Robinson have taken place since September.

“That would certainly seem to bring the (franchise) tag into play,” Pelissero noted. “Whether it is the Bears to try to do an extension, whether it is setting up Robinson to play on the tag, or maybe even a tag-and-trade scenario.”

Robinson has generated 1,147 yards and 1,250 yards in the past two years in Chicago, respectively, with 13 total TDs. He did that despite shoddy QB play.

Last season, Robinson generated 1,250 of the Bears’ 3,925 total passing yards, more than 31 percent. It’s not hyperbole to suggest that the Bears’ passing offense would have been the worst in the league without Robinson the past three seasons.

A reliable weapon who can get open versus every coverage, can win on the outside or over the middle, and is a load for corners in the red zone deserves a pay raise. He hasn’t yet received one in Chicago.

The franchise tag window opens on Feb. 23 and runs through March 9. Unless extension talks progress quickly with Robinson, he is a candidate to get slapped with that tag before the window closes.

Robinson isn’t the only receiver who could end up getting tagged in the coming weeks.

﻿Chris Godwin﻿ is expected to get tagged if the Bucs can’t come to a long-term solution before March 9.

Other big-names receivers like ﻿Kenny Golladay﻿, ﻿JuJu Smith-Schuster﻿ and ﻿Will Fuller﻿ are among those also headed toward free agency if their teams don’t utilize the franchise tag.

Franchise tag figures are based on the 2021 salary cap, which is not yet set. Given the current projections, the tender for WRs is expected to be between $16-17 million.