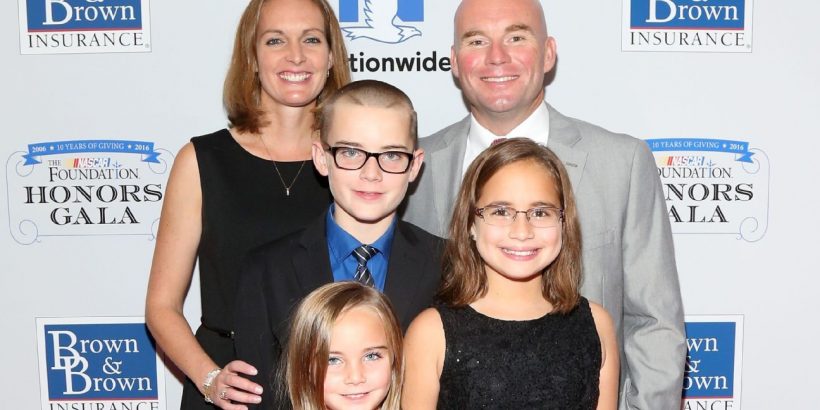 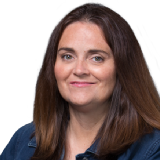 Elizabeth Merrill is a senior writer for ESPN.com and ESPN The Magazine. She previously wrote for The Kansas City Star and The Omaha World-Herald.

Andy Hoffman, the father of Nebraska Cornhuskers fan and brain cancer patient Jack Hoffman, died Monday at his home in Atkinson, Nebraska. He was 42.

Andy Hoffman, an attorney, spent the last decade of his life raising more than $8 million for Team Jack, a fundraising juggernaut to end pediatric brain cancer, only to succumb to brain cancer himself. His diagnosis in July 2020 seemed unfathomable, that two people from the same family could have brain cancer; that Andy, who ran marathons and worked nonstop, had Glioblastoma multiforme, a rare and very aggressive cancer, with a survival rate of roughly one year.

“This is such a horrible disease,” his wife Bri wrote in a Facebook post last week. “Even though Andy’s diagnosis was 7 months ago, we are still in denial that this is happening.”

Hoffman sought second and third opinions, and rallied from two strokes to make it home from the Mayo Clinic early last fall. He had two missions: To raise as much money as he could for Team Jack, and to spend every second he had with Bri, Jack, and his daughters Ava and Reese.

They went to cross-country meets and basketball games and on a hunting trip. Andy, an avid Nebraska football fan who put Jack in a Cornhuskers onesie when he was baby, was able to watch his son play his freshman football season at Atkinson West Holt High. Jack is 15 now and is part of a clinical trial that has kept his tumor from growing. He is a lineman, just like his dad was in high school.

When Andy Hoffman’s condition worsened, Jack would come home from school and help take care of his father. In early February 2021, Andy contracted COVID-19, and, according to Bri’s Facebook post, “quickly got a monoclonal antibody fusion and did great. He recovered and had no symptoms after about day 5.” But an MRI taken shortly after he recovered from COVID-19 revealed that his cancer had spread, and Andy’s health rapidly declined.

The family’s cancer battle began in 2011, when Jack was diagnosed with a cancerous glioma at the age of 5. The Hoffmans were initially told that most of Jack’s golf-ball-sized tumor could not be removed, but Andy, after exhaustive research, found a doctor in Boston who was able to extract more than 90 percent of the tumor.

Before Jack’s surgery, Andy reached out to Nebraska in the hopes that Jack could meet his favorite player, running back Rex Burkhead. Andy wasn’t expecting to hear back, but Burkhead, now with the New England Patriots, happily obliged to meet them for lunch. He took them on a tour of Memorial Stadium in Lincoln, and called the Friday before Jack’s surgery to offer support.

When the Huskers were trailing Ohio State that weekend, Burkhead decided to try to fire up a few of his teammates by mentioning the boy he’d just met.

Burkhead rallied Nebraska to victory, scoring the winning touchdown. He developed a friendship with the Hoffman family, and a year and a half later, Nebraska’s coaching staff came up with the idea to put Jack in the April 2013 spring game.

The nervous little boy with the wobbly helmet ran for a 69-yard touchdown in front of 60,000 fans while Andy cheered him on from the sideline. Nobody knew that the moment would catch fire, that the YouTube video of the run would generate nearly 9 million views, and that Jack would win an ESPY award and visit President Barack Obama.

Andy Hoffman seized the opportunity to bring Team Jack into the spotlight. He desperately wanted a cure for pediatric brain cancer so that other parents wouldn’t have to go through what he and Bri did. He wanted to tell their story. One of his 2020 New Year’s resolutions was to finally write a book; he toiled away at night while his family slept and hit send on the manuscript mid-summer.

A few weeks later, he suffered a seizure during a Sunday jog, which led to the trip to the hospital and the discovery of the white mass on his brain.

But he always tried to stay upbeat. He was signing copies of his book, “Yards After Contact,” throughout the fall and winter. He wanted it to be a best-seller.

At the end of an interview with ESPN late last year, while he was at the Mayo Clinic, Hoffman was asked if he had anything to add. When his son was sick, he could research doctors and raise money for cancer research. He could comfort his son and his young daughters.

He paused for a second, unsure of a future he had no control over.

“This is going to sound a little silly,” he said as he started to cry, “but I love my wife and kids more than anything in the world.”