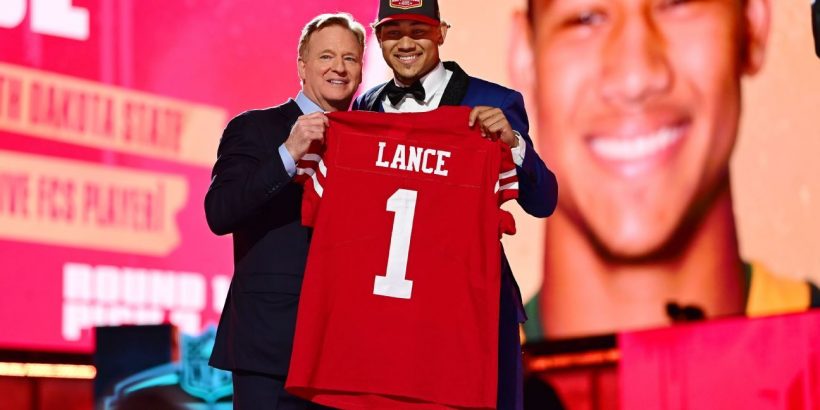 What a wild first round of the 2021 NFL draft. Five quarterbacks were drafted in the first 15 picks Thursday, including a bit of a surprise at No. 3. Seven offensive players made up the first seven picks, meaning the Panthers’ pick of Jaycee Horn at No. 8 is the latest that the first defender has ever come off the board. We saw three draft-night trades, one of which came between division rivals. Three wide receivers were reunited with their former college QBs. And six Alabama prospects were selected, tying the record for most Day 1 picks from a single school.

Some teams aced their picks, with five landing a new franchise signal-caller. The Bears did a great job in drafting Justin Fields. And how about the Patriots still getting a QB without moving up? But as always, there were some confusing selections, too. What were the Raiders doing?

Let’s take a look at the biggest lingering questions from the first 32 picks of the draft, including how teams with multiple first-round selections fared and how the quarterbacks fit with their new teams. We will also take a quick look ahead to Rounds 2 and 3, which get underway Friday at 7 p.m. ET (ABC/ESPN). But first, here’s my reaction to Day 1.

Who were the best picks of the night?