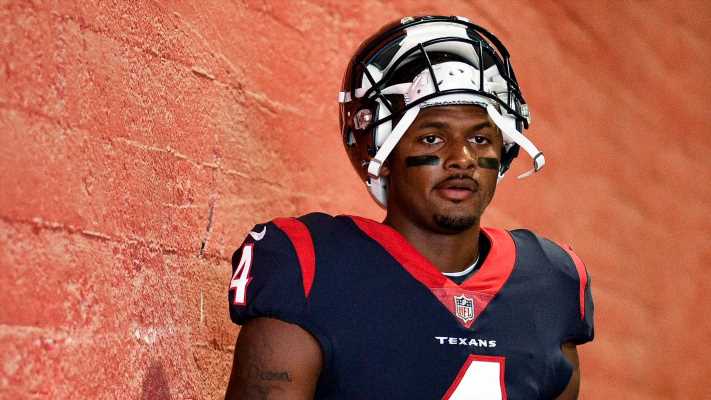 Houston super-attorney Tony Buzbee knows how to get to the bottom of an NFL player’s personal life.

It often starts with their phones – text messages, Instagram messages, photos and more.

This time his target is Houston Texans star quarterback Deshaun Watson, who is being sued by Buzbee on behalf of 16 women who have accused Watson of sexual misconduct.

But eight years earlier, Buzbee had a different NFL opponent and a strategy that is expected to be similar to his against Watson.

In 2013, Buzbee’s law firm hired a digital forensic expert to retrieve 1,794 text messages between the phones of Buzbee’s client and NFL star Mario Williams, according to court records obtained by USA TODAY Sports. Buzbee then used some of the text messages he found from the former Houston Texans No. 1 draft pick to turn the screws on him in a civil lawsuit over a diamond engagement ring.

“After forensically recovering the texts he sent … it is clear that the facts Williams asserted in his lawsuit are completely and utterly false,” Buzbee told the court then.

The stakes are higher in the 16 civil lawsuits Buzbee has filed against Watson, who denied wrongdoing in a statement before the first complaint was publicly available. According to Buzbee and the lawsuits, key evidence comes from Watson's electronic devices. It also could boost Watson’s defense, depending on what was written.

Such evidence is “incredibly important because it is the record-keeper of a conversation,” said Gary Kessler, a digital forensics expert who is not involved in the Watson case but has been conducting forensic exams on mobile phones since 2006.

FREE AGENCY: Winners and losers from all the player movement

'GOING FROM GOOD TO GREAT:' Matthew Stafford has Rams believing he can lead them to new heights

Kessler said such phone communications are “a first source people go for” in lawsuits, especially in those that resemble those against Watson – disputes between what “she said” versus what “he said” in private settings with no DNA evidence, no video or no audio recordings. In these cases against Watson, no police reports were filed, either.

The tactic worked for Buzbee against Mario Williams, when Buzbee represented the defendant instead of the plaintiffs, as he does now against Watson.

Williams, the plaintiff in 2013, had sued his former fiancé – Buzbee’s client – and accused her of improperly keeping a $785,000 diamond engagement ring that Williams gave to her but wanted back after they broke up.

A week after Williams filed suit, Buzbee’s firm brought in a former Texas cybercrimes prosecutor to connect the woman’s iPhone to a forensic program that helped recover all those text messages to and from Williams’ phones.

In those messages, they found evidence that they believed caught Williams in a lie – text messages from him that told Buzbee’s client to “Keep it,” and “Remember me by it,” which contradicted the notion that she was obligated to give the ring back to him.

“Mario Williams is a highly paid, professional athlete who is used to getting his way,” Buzbee wrote the court after obtaining those records in May 2013. "He has thousands of fans. Williams can, for the most part, do what he wants, when he wants. What the law says he cannot do, however is lie in a sworn pleading. The law prohibits him from initiating a baseless lawsuit to harm another. The point is, despite his fame and wealth, this court should not allow Williams to misuse the court system.”

The case ended later that year with an undisclosed settlement. It could be a preview of what comes next in the Watson cases.

They don't need his actual phone

With digital tools, such forensic experts can systematically retrieve thousands of text and social media messages from clients’ phones, including messages that were thought to be deleted months ago, depending on the phone.  In cases like this, such messages could show appointments between the plaintiffs and Watson and whatever they said to each other before and after. They also would only need their phones, not his, to extract the messages between them.

Watson, 25, has suggested this is a money grab and has said he has never treated any woman with anything but the “utmost respect.”

Buzbee then released some purported text messages between one of his clients and Watson, including one that says, “Sorry about you feeling uncomfortable. Never were the intentions.”

Buzbee’s clients are various massage specialists, identified only as Jane Doe, who have accused the quarterback of sexual touching and other misconduct, typically after reaching out to them for the first time on Instagram to obtain their services. Their civil assault suits seek financial damages and reference Instagram and text messages that could corroborate their claims against Watson, who agreed to a four-year, $156 million contract extension last year.

One suit alleges Watson was texting the plaintiff “incessantly” to see if anybody else was going to be at the spa when he arrived. Another claims she told her mom and best friend what happened after an alleged incident with Watson last year and that Watson texted her that same day asking if she was OK. Buzbee has promised to provide “multiple texts.”

“I would expect the plaintiffs' attorneys to retrieve all the (messages) that were exchanged between Watson and the plaintiffs since they may shed light on the expectations of the parties during the massages,” said Kenneth Williams, professor at South Texas College of Law in Houston. “For instance, it would be important if Watson communicated to them his desire to have his groin and gluteal areas massaged and whether they agreed to do so.  Furthermore, any direct messages might contain other relevant communications such as an apology, demands for additional compensation, etc.”

Watson has not been arrested or criminally charged in these cases. Even if the women reported the incidents to police, it would be extremely difficult for criminal prosecutors to prove beyond a reasonable doubt that Watson touched these women with his genitals intentionally and not inadvertently during massages, Williams said.

But the evidence standard is lower in civil lawsuits such as these. Instead of proving assault beyond a reasonable doubt, Buzbee only would need to convince a jury of a “preponderance of evidence” against Watson, meaning that it was more likely than not.

Text and Instagram messages could contribute to that or detract from it.

The suits have been filed in Harris County, Texas, the same court system where Buzbee’s firm tried to beat back Williams.

In that case, Buzbee leveraged the text messages he obtained when Williams was playing for the Buffalo Bills. Some made headlines after they were released and portrayed Williams as despondent after breaking up with Buzbee’s client, Erin Marzouki.

“No money in the world should leave me with suicidal thoughts,” said one of the released text messages from Williams.

After that, the two resolved their dispute. They also released a statement that said the text messages were released by her attorney without her knowledge and were “taken out of context.” Williams also said he wasn’t suicidal. His attorney in that case didn’t respond to a message seeking comment. Williams could not be reached. Buzbee’s firm didn’t return a message seeking comment.

Meanwhile, Buzbee is receiving criticism similar to what he once dished out in that case. The attorney for Watson, Rusty Hardin, says Buzbee has made “salacious claims” with little to back them up and is misusing the anonymity of his clients to “publicly humiliate Deshaun before the truth seeking process can even begin.”

“We are taking the allegations very seriously and we ask only that people not rush to judgment, that people not be unduly influenced by opposing counsel’s antics, and that they let fundamental fairness to both sides rule the day,” Hardin stated.