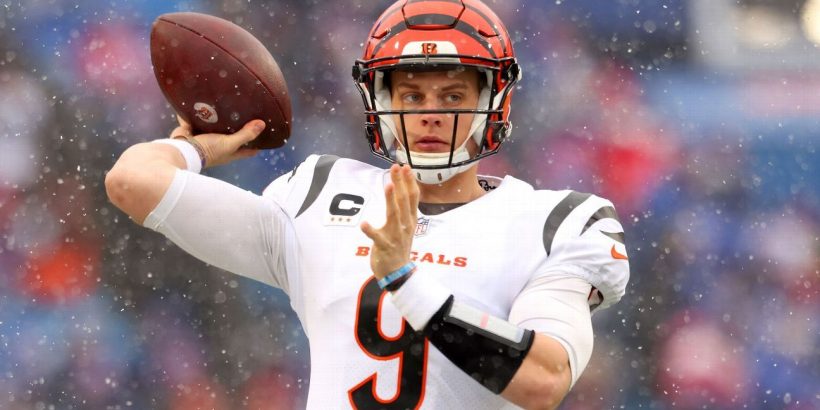 Joe Burrow put forth an incredible performance in the divisional round on Sunday, but his postgame troll might have been better.

After his Cincinnati Bengals beat the Buffalo Bills 27-10 on Sunday, Burrow was asked about the potential neutral-site AFC Championship Game the Bills would have played against the Kansas City Chiefs in Atlanta as a result of the cancellation of the Bills-Bengals Week 17 game after Damar Hamlin went into cardiac arrest on the field. The NFL announced that more than 50,000 tickets were sold for the playoff game a mere 24 hours after its announcement.

Of course, that game won’t happen now. And Burrow made sure to let Bills fans know that they could still get their money back.

Truly brutal. Burrow continued to express his swagger in the locker room.

And, of course, Chiefs QB Patrick Mahomes is counting down the seconds until his team can get a chance to avenge their AFC title game loss to the Bengals last season.