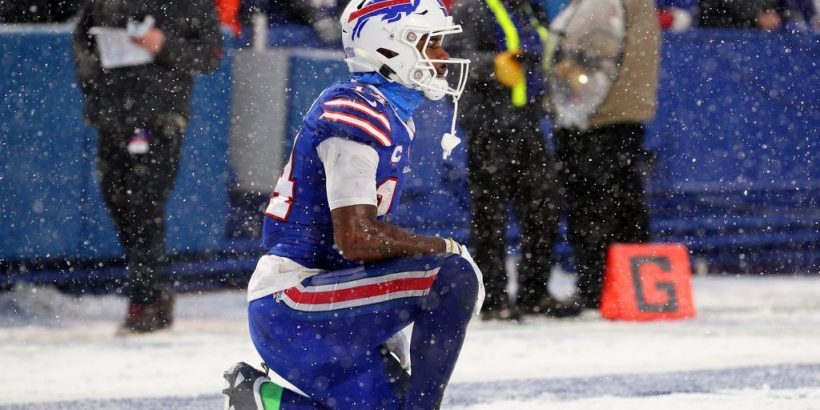 ORCHARD PARK, N.Y. — Buffalo Bills wide receiver Stefon Diggs’ frustrations with the outcome of the team’s divisional round playoff game were visible Sunday on the sideline and after the game, and on Monday night, Diggs shared some of his thoughts on Twitter.

Diggs was shown on the TV broadcast midway through the fourth quarter of Buffalo’s 27-10 loss to the Cincinnati Bengals with his arms outstretched seemingly saying things in the direction of quarterback Josh Allen as the Bills were limited to a season low in points.

After the game, Diggs initially moved toward leaving the stadium with his things before some coaches had an opportunity to get the locker room, but practice squad running back Duke Johnson stopped and talked to him and Diggs went briefly back to the locker room.

Diggs left soon after, in addition to multiple other Bills players departing quickly, and was present for Sean McDermott’s comments to the team, per the Buffalo coach.

Diggs was not available during the team’s locker room cleanout on Monday. McDermott said that he did speak to Diggs the day after the game, but the coach kept the details between them.

“Stef’s a highly competitive individual, as we all know, and that’s part of the reason why we all love him,” McDermott said. “And he’s frustrated, like we all are. He was in today, and he and I spoke, and I’ll leave it at that.”

Diggs was far from alone in his frustration after an emotional season came to an end. The Bills’ loss to the Bengals stung throughout the organization, with many players searching for answers after a third straight year of coming up short of advancing to the Super Bowl.

“I’ll ask [what is going to take to get over the hump] just like you asking that question,” wide receiver Isaiah McKenzie said. “I really don’t know ’cause everything … we got the players, we got the coaches, we got everything we wanted. We’re winning football games when we need to win them during the season, and then we get to the playoffs, it’s just like, it’s not there, and I’m still not understanding that.”