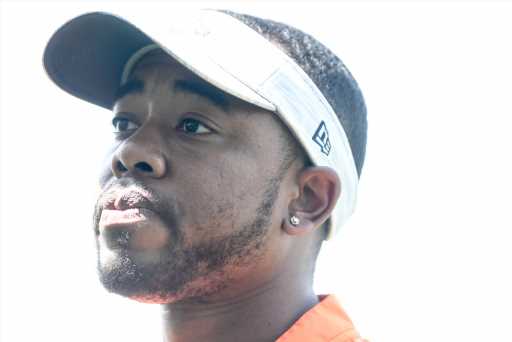 Exhibit A that Christian Parker was on a coaching fast-track from the day he picked up a whistle: His career began before his college graduation … and at a different college.

A senior at the University of Richmond in 2013, Parker would drive 30 miles south to Petersburg to spring practice for Virginia State.

“He was there for spring practice as much as he could be and we hired him the day he left college,” said Latrell Scott, who was Parker’s coach for one year at Richmond and was entering his first season at Virginia State.

Eight years later, Parker, 29, is on his seventh coaching stop and his most prominent as the Broncos’ 29-year-old defensive backs coach, tasked with leading arguably the NFL’s top secondary entering Sunday’s opener at the New York Giants.

Parker’s rise can be described as meteoric, but also earned because of the reputation forged in connecting with players and fellow assistants, stressing the fundamentals and digging into the game video to uncover every kind of informational kernel.

Parker is aware of the opportunity at hand.

After he was hired, the Broncos signed cornerbacks Ronald Darby and Kyle Fuller, drafted cornerback Pat Surtain II, and safeties Caden Sterns and Jamar Johnson, and returned the safety duo of Justin Simmons and Kareem Jackson. If the Broncos win games and intercept passes, Parker’s star will rise.

Two years ago, Fangio’s outside linebackers coach was Brandon Staley. He is now the Los Angeles Chargers’ coach and his defensive coordinator is Renaldo Hill, who Parker replaced in February.

Can Parker be Fangio’s next pupil to quickly become an NFL defensive coordinator?

“Vic has been able to develop guys so it wouldn’t shock me at all,” said Bob Trott, who coached Parker at Richmond.

Parker grew up in Richmond and attended Battlefield High School, playing football and track. He stayed home to play for the Spiders program, but in four years (two each at receiver and cornerback), his only appearances on the stat sheet were one rush and one reception (both for 12 yards) in 2012.

Coaching was on his radar well before college.

“I knew I wanted to coach from the time I was in middle school and high school,” he said. “I always gravitated toward the game from that perspective. When I got to Richmond, any one-day youth camp we had at the school, I would always be involved in coaching those and trying to get exposed to things while I was still playing.”

Parker grew close to Scott and Trott, who was the Spiders’ defensive coordinator from 2010-15.

“Christian knew what he wanted to do (post-graduation),” said Trott, whose 42-year career includes coaching Broncos Pro Football Hall of Fame safety Steve Atwater at Arkansas. “You look at his background and he played offense and defense and special teams and that’s the resume of a lot of us who got into coaching had — we weren’t great players, but we loved the game.”

Scott, after leaving Richmond, remained in contact with Parker and had a graduate assistant’s offer ready for him at Virginia State, a Division II program. Parker coached the cornerbacks in 2013 and was promoted to defensive backs/recruiting coordinator in ’14.

“He did a great job meshing with and managing his guys — he was forceful when he had to be and really got the guys to play for him because of his personality,” said Scott, now the tight ends coach at East Carolina.

Seasons of 9-1 and 10-2 at Virginia State propelled Scott to the head-coaching post at Division I-AA Norfolk (Va.) State and Parker followed as defensive backs coach/recruiting coordinator.

In the 2017 offseason, Parker moved up Interstate 64 to William & Mary as cornerbacks coach, but the stay was brief.

While an assistant at Richmond, Scott worked with Mike Elko, who was Notre Dame’s new defensive coordinator in ’17. Elko had a spot open as a defensive analyst and Scott recommended Parker, who accepted the job a week after interviewing. He lated followed Elko to Texas A&M in ’18.

For several years, the NFL was in Parker’s mind, “But I just didn’t know how to get there because it’s such a small league, and it’s very hard to break through.”

In January 2018, A&M agreed to hire Green Bay Packers assistant coach Jerry Montgomery as defensive line coach (although he later declined to confirm he accepted the offer). Montgomery returned to the Packers less than three weeks later, but during that short time, he met Parker.

The Packers had a defensive quality control opening and coordinator Mike Pettine called Elko for a recommendation. Pettine hired Parker, who joined the NFL at age 27.

“It was always somewhere I thought I would get to further into my career,” Parker said. “It just came to be a little earlier.”

The Packers made the NFC title game in both of Parker’s seasons.

The Broncos were seeking a defensive backs coach after Hill joined Staley with the Chargers.

Before his Zoom interview with the Broncos, he asked Packers safety Adrian Amos, who played for Fangio and Broncos defensive coordinator Ed Donatell in Chicago, for insight into their defensive philosophy.

“I had to be on my stuff because (Fangio) has such a depth and knowledge from the front end to the back end of the defense,” Parker said. “They challenged me and it was a cool experience because they wanted to make sure I fit with their vision.”

A day after the interview, Parker was sitting on his couch, listening to a podcast interview with former NBA star Gilbert Arenas when his phone buzzed.

“I saw Vic’s name pop up and I didn’t know what to expect,” he said. “He offered it to me and I went through the roof.”

Parker accepted the offer even though Fangio said the Packers tried “very hard to keep him.”

“He’s a guy I didn’t know anything about until I started to search,” Fangio said. “Unless I have a guy in mind, I tend to take my time because you never know who will turn up. I got rewarded with that this year.”

One afternoon this summer, Parker pulled up tape of cornerback Asante Samuel from 11 years ago.

“He does some things technically and the way he attacked the football and how he read three-step drops and read patterns,” Parker said. “I’m pulling some plays for the (Broncos defensive backs) to watch.”

Parker is a few months younger than cornerbacks Kyle Fuller and Bryce Callahan (also both 29) and safety Kareem Jackson is 33. But his willingness to hone in on the details of the game, and always do his homework, makes Parker’s age irrelevant.

“Denver did a great job identifying a guy who could relate to the players,” Scott said. “That secondary will improve just because of Christian’s presence.”

Parker doesn’t want to look too far ahead, but it’s clear the value of this opportunity. A potentially stellar secondary. Working for Fangio and with Donatell. The future is limitless.

“I’m still kind of the young buck in the room,” Parker said. “Their doors are always open and you ask them anything and their answers are always detailed. I’m constantly trying to learn and improve.”