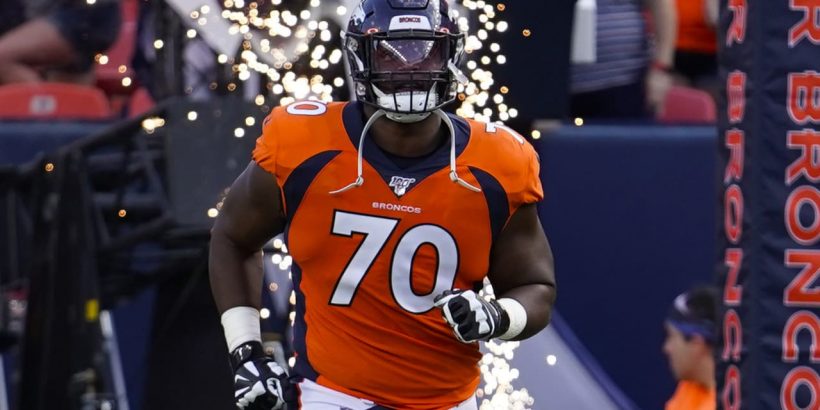 After adding 10 players via the 2021 NFL Draft, the Broncos received terrible news about one of their veteran players on Tuesday.

Right tackle ﻿Ja'Wuan James﻿ suffered a torn Achilles while working out away from the team facility and will miss the 2021 season, NFL Network’s Mike Garafolo and James Palmer reported.

James’ time with Denver began in 2019 with a four-year, $51 million deal, but has been fraught with health-related hurdles that have limited him to the three games he played in his first season with the Broncos. After a knee injury severely limited his participation that season, James opted out of the 2020 season due to the COVID-19 pandemic. He’ll miss a second straight campaign following the injury.

Denver replaced James with veterans ﻿Demar Dotson﻿ and ﻿Elijah Wilkinson﻿ in 2020, but neither are on the roster now, with Wilkinson departing for Chicago and Dotson currently without a team. Backup left tackle ﻿Calvin Anderson﻿ would likely be the first up to replace James, and futures signing ﻿Quinn Bailey﻿, who has played just two games in his career, is also available as a swing tackle.

In short, general manager George Paton has new work in front of him just days after his front office completed its first draft.

The Broncos will have to find yet another replacement for a tackle they were once very ecstatic to have on board at a position that has been a revolving door for them for much of the last five years. As is often the case, there’s no time for rest and relaxation when assembling a roster in the NFL.