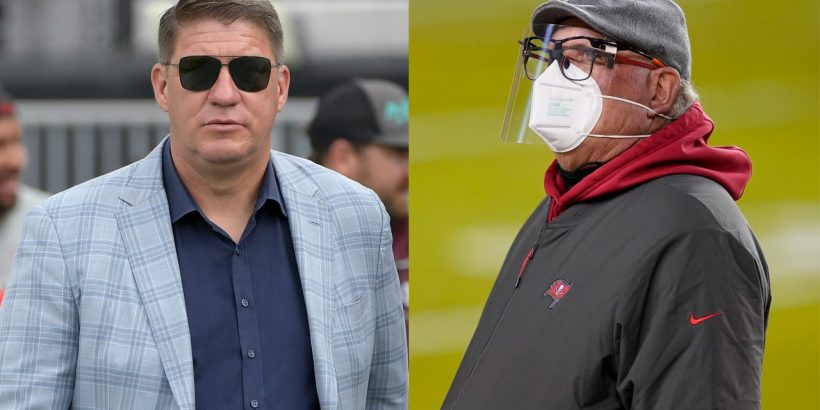 To the winners go the spoils.

Super Bowl champion coach Bruce Arians and equally triumphant general manager Jason Licht have received contractual updates following their win in football’s most prestigious game. Arians and the Buccaneers have agreed on a revised contract that includes a pay raise, while Licht has received a new contract that ensures he’ll be in Tampa Bay for multiple years, NFL Network Insider Ian Rapoport reported.

Arians said in May he had no interest in entertaining a second retirement, and while this revised deal doesn’t add on years, it does pay him handsomely after he won a Super Bowl in just his second season in Tampa. It’s a deserved raise for the coach who was lured out of retirement to join the then-mediocre Buccaneers in 2019, then was fortunate to receive the gift of a lifetime in the form of ﻿Tom Brady﻿ a season later. The legend’s arrival helped Arians turn the Buccaneers into a Super Bowl contender and before long, a winner.

Licht, meanwhile, also benefitted tremendously from the decision of Brady to head south, but also played a central role in assembling the talent that attracted the future Hall of Famer to Tampa and caught his passes during their run to a title. He deservedly enjoyed the fruits of his labor during the Buccaneers’ boat parade following their win, and he gained some additional security along with the Lombardi.