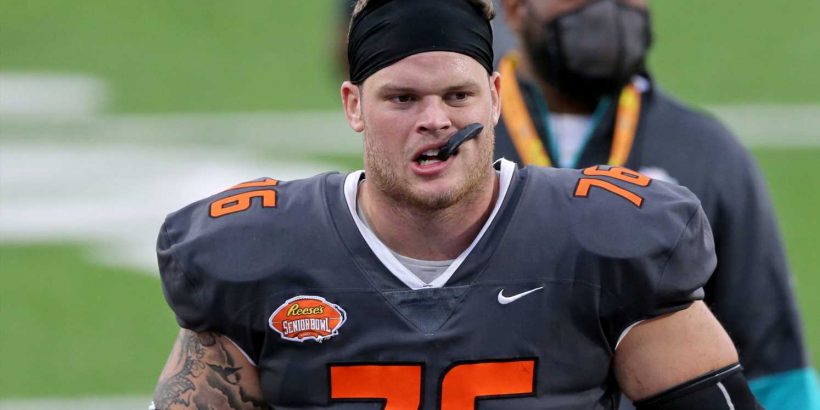 One Buffalo Bills draftee has already ingratiated himself to the team's fanbase with one leap (and maybe a bruise or two).

Former Northern Iowa tackle Spencer Brown, the Bills' third-round selection (93rd overall) Friday, posted a video on Twitter not long after hearing his name called that showed him climbing a sitting chair and pile-driving a tailgate table — an homage to the "Bills Mafia" tradition of jumping off cars or other heightened surfaces in the Highmark Stadium parking lot on Sundays in the fall.

By the looks of Brown's excitement in the video, he's hyped to be blocking for quarterback Josh Allen in the future.

General manager Brandon Beane said Brown, a 6-foot-8, 311-pound preseason FCS All-American in 2020, will occupy a "swing tackle" role for a Buffalo team that has its offensive line in place.

Brown opted out of the spring FCS season ahead of the draft.