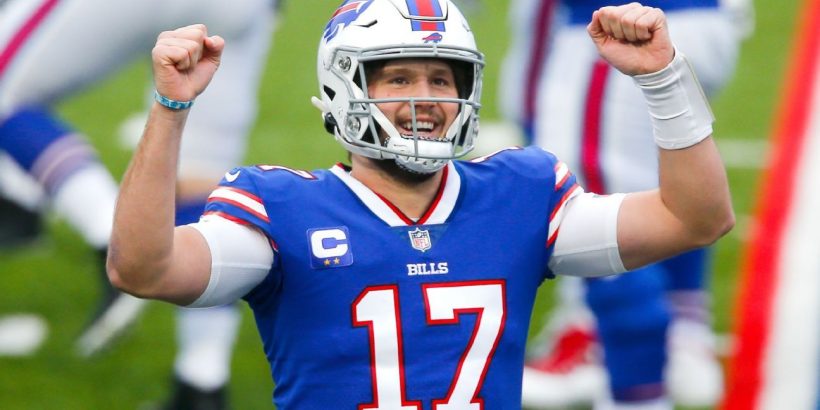 You didn’t think they could do it, did you? It’s OK. You can admit it. If you didn’t think the NFL could actually complete a full 16-game regular season in its regularly scheduled 17 weeks, you certainly weren’t alone. Heck, the league wasn’t even sure it could do it themselves.

But it’s OK to be wrong, because some surprises are pleasant ones and because it’s good to remind ourselves every once in a while that we don’t know everything.

Which brings me to the topic of this season’s 14 NFL playoff teams. With 16 games in the books for each one of them, you might think you know certain things about them. I’m here to tell you that maybe you don’t.

Instead of evaluating overreactions this week, we’re going to pivot to busting myths. As in, take one thing about each playoff team that is generally thought to be true and tell you why it isn’t. I reached out to ace researcher Doug Clawson of ESPN Stats & Information for help with the numbers, and he was happy to help.

If you’re the sort of person who gets upset when you’re told you’re wrong, it could be a tough read. But it’s going to be worth it, I promise. You will emerge from this experience a better educated and informed NFL playoff observer. You can thank Doug and me later.

The myth: Aaron Rodgers doesn’t have a great supporting cast.

Rodgers is an unquestioned superstar — a guaranteed Hall of Famer and the likely 2020 MVP winner in the middle of one of his best seasons. But the narrative around him seems to be that he could somehow be even better if the Packers would build a better team around him. This chorus grew louder than ever this offseason, after Green Bay took quarterback Jordan Love in the first round of a draft loaded with wide receiver talent. And now, part of the case for Rodgers over Patrick Mahomes for MVP seems to be that he’s doing what he’s doing without help.

Why it’s wrong: So many reasons. The Packers have actually built a pretty awesome infrastructure around Rodgers. Davante Adams has been nothing less than the best wide receiver in the league this season, and Aaron Jones has turned into one of the most reliable running backs in the league. The Packers’ offensive line ranks first in pass block win rate and run block win rate. Rodgers’ receivers lead the league in average yards of separation and average maximum speed on catches. Second-year head coach and playcaller Matt LaFleur is helping Rodgers with schemes that rely heavily on pre-snap motion and play-action. Green Bay is running play-action on 32% of its plays — the highest such figure in Rodgers’ career.

If you want to say Rodgers is having a better year than Mahomes, fine. But the idea that he’s carrying the Packers by himself just isn’t supported by facts.