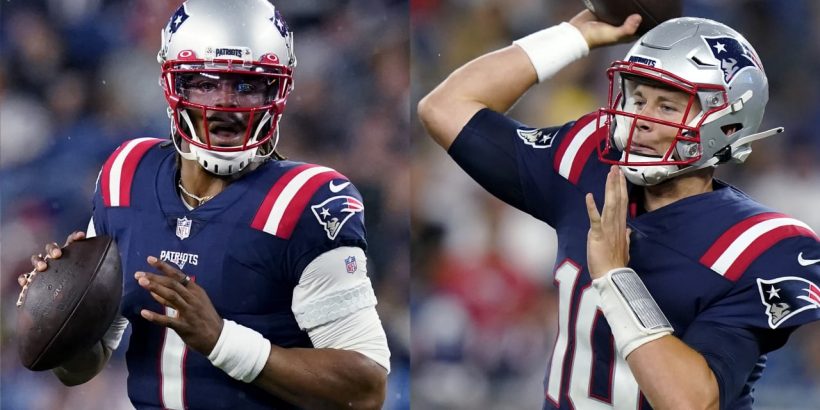 FOXBOROUGH, Mass. — Bill Belichick hasn’t been shy publicly about declaring Cam Newton his starting quarterback; he’s done it a number of times, most recently on Aug. 1st. Usually when Belichick’s passed that message along, he generally appears annoyed that he’s being asked, as if to say, “How many times must I repeat this” line?

But Monday, after the first of two joint practices with the Eagles in Philadelphia, Newton himself seemed perplexed that he would be asked if Belichick had declared that to him privately.

“You know the answer to that question,” Newton said, smiling at reporters.

When told that no, in fact, we didn’t know the answer, Newton raised his eyebrows.

“Y’all sitting up here asking silly questions to me and I’m looking at you with the same. … Y’all know what I’m going to say. No. You know that. You know he hasn’t said that,” Newton said. “So for you to ask that question, it is what it is.”

Newton had just come off another uneven practice, where he struggled with making quick decisions and with accuracy, including a late two-minute drill in which he misfired on a ball to tight end Devin Asiasi in the end zone and then followed it up by forcing a ball over the middle that was intercepted by Eagles linebacker Eric Wilson. Newton noted afterward that the Pats were in the hurry-up for that period, with offense facing third down with seven seconds left on the clock and down by four points.

“I know our job is to protect the football, but given the circumstances, with seven seconds left … trying to give my guy a chance,” he said.

That, however, didn’t explain several near interceptions in earlier 11-on-11 and 7-on-7 periods. Which leads us back to why Newton was being asked if Belichick had declared him the starter for Week 1 against the Dolphins at any point this spring or summer, especially as rookie first-round pick Mac Jones has shown steady improvement (though he, too, was uneven Monday). Newton reiterated his answer, but also wanted us to know that’s not what he’s thinking about right now.

“I just want you to understand, everything I know, y’all know,” he declared. “There’s no hidden motives or things like that. I do know those things like that, I can’t worry about. Each and every day I don’t necessarily care about who’s starting. I more care about making sure I put out the best product for me. I know Mac is feeling the same way. I know Brian (Hoyer) is feeling the same way. … We have so much to worry about prior to Week 1 and that’s what my focus is now.”