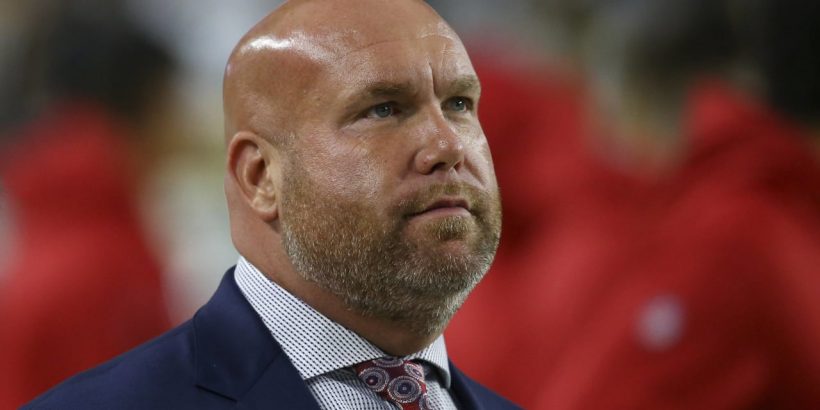 For NFL clubs that haven’t reached the playoffs in a while, getting there again is often the perfunctory goal that general managers and coaches will publicly concede as a low-bar expectation.

The Arizona Cardinals have been couched for the postseason the last five years, but GM Steve Keim is shooting a bit higher for 2021.

“I know everybody’s got different expectations,” Keim told the Arizona Republic, “but my expectations are certainly to go to the playoffs and even further.”

Even further, of course, can only mean notching at least one playoff win, an achievement that can put a team with a first-round bye directly into a conference title game. The Cardinals, despite their lengthy playoff absence, are at least known to do some damage when they get there. They’ve advanced in four of their last five playoff seasons, albeit a stretch that dates back to 1998.

Arizona finished 8-8 last season, a big improvement from a 5-10-1 mark in 2019, but also a far cry from the 12-4 record that earned the Seahawks the AFC West crown. Still, Keim believes the 2021 Cardinals are ready for a postseason breakthrough.

“I think there’s no doubt. I think last year we were a playoff team. Again, I think we didn’t play up to standards when it comes to discipline and penalties and all the things that we knew we had to improve upon. Physicality at times, tackling, all those things that we needed to address,” Keim said. “I think this offseason with the additions that we made we certainly put our best foot forward with leadership and accountability and attention to details, as well as the physical traits we needed, which were taking the top off the defense, having guys that were physical on defense that can run and cover. I think we’ll certainly play up to expectations this year because all those additions, as well as the guys we’ve drafted in the past few years, particular the quarterback (Kyler Murray), that have continued to grow and develop into the player we certainly thought he was coming out.”

Those additions include DE J.J. Watt, WR A.J. Green, OL Rodney Hudson, and an exciting LB prospect in first-round draft pick Zaven Collins﻿. All indications are that Collins, a massive linebacker at 6-4, 260 pounds, will make a quick impact for a defense that finished a dismal 27th in the NFL in total defense last season (384.6 ypg).

“The thing that impressed us through the draft process the most about Zaven is maybe the mental makeup, his professionalism, the way he attacks the game in terms of his mental preparation, his study habits,” Keim said. “It’s the way he has command and when he talks in the room. Like, when we interview him in the offseason, he was one of the most impressive guys during the draft process that we talked to. Our linebacker coach (Billy Davis) went up and spent the day with him and had him on the (grease) board. I mean, the guy’s football I.Q. is really, really high.”

So, too, are Keim’s 2021 expectations for the Cardinals.