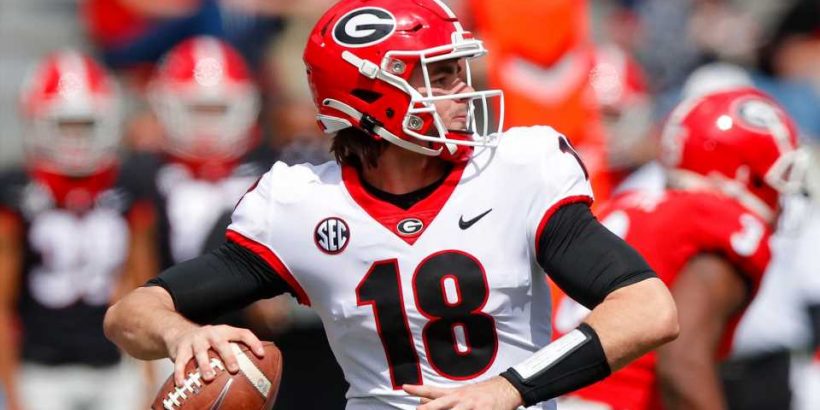 It doesn’t get much better than a top-five showdown in Week 1.

No. 3 Clemson meets No. 5 Georgia in the Duke’s Mayo Classic at Bank of America Stadium in Charlotte on Saturday.

Game time is scheduled for 7:30 p.m. ET, and the game will be televised on ABC. This is a marquee matchup with huge College Football Playoff implications.

Clemson is looking to start yet another CFP run in the right direction under Dabo Swinney. The Tigers have a new quarterback in DJ Uiagalelei, who made two starts last season when Trevor Lawrence tested positive for COVID-19. The Tigers also benefit from the return of receiver Justin Ross, and the defense should be improved with SN Preseason All-American defensive tackle Bryan Bresee.

Georgia is loaded with talent under Kirby Smart, too. JT Daniels took command of the offense in the second half of last season, and senior defensive tackle Jordan Davis is the anchor up front for another strong defense. The Bulldogs are still trying to break a national championship drought that extends back to 1980, and this is the latest prove-it game on the prime-time stage.

Here’s everything to know about betting on the Duke’s Mayo Classic:

—Georgia is 9-5 S/U against top-10 teams under Smart, but that record drops to 2-4 S/U against the top-five. The Bulldogs have lost four straight games against top-five opponents.

— The Tigers are 13-4 ATS in neutral-site games under Swinney since the CFP era began in 2014, and that includes a 13-4 S/U record. Clemson is good on this stage.

—DJ vs. JT. Uiagalelei and Daniels are two of the top-five Heisman favorites entering the season, and that alone makes this the first big-time quarterback duel of the season.

Uiagalelei flashed a strong arm in starts against Boston College and Notre Dame last season. He had 781 passing yards with four TDs and no interceptions as a starter, but Clemson did lose that game at South Bend. This is another chance in a top-five setting, and Uiagalelei will spread the ball out with a talented receiving trio that includes Ross, Frank Ladson Jr. and Joseph Ngata.

Daniels averaged 10.3 yards per attempt when he started for the Bulldogs last season, and he meshed well with offensive coordinator Todd Monken. Georgia has stability at the quarterback position again, and did allow 13.5 yards per catch last season.

— Georgia receivers. George Pickens is expected to miss most of the season, and LSU transfer Arik Gilbert is dealing with a personal issue. The Bulldogs will have a strong running game, but who is going to step up at receiver?

Adonai Mitchell, Arian Smith and Kearis Jackson are the targets in question, and Jackson is the most-experienced of the bunch. He had 514 receiving yards and three TDs in 2020.

If this game morphs into a shootout, will Georgia’s receivers be consistent enough despite the overall lack of experience?

— Clemson defense. Tigers defensive coordinator Brent Venables should be treating this like a statement game. In the 2019 CFP championship loss to LSU and last year’s CFP semifinal loss to Ohio State, Clemson allowed an average of 633.5 yards and 45.5 points. Bresee and Myles Murphy are two talented sophomores expected to take the next step on the defensive line, and the return of linebacker James Skalski is huge. Nolan Turner also returns in the secondary.

This unit has something to prove again, and this is a big chance.

SN’s Bill Bender breaks down the rivalries to watch, quarterbacks to get hyped over and predicts who will win it all in the ACC #cfb #clemson #sports