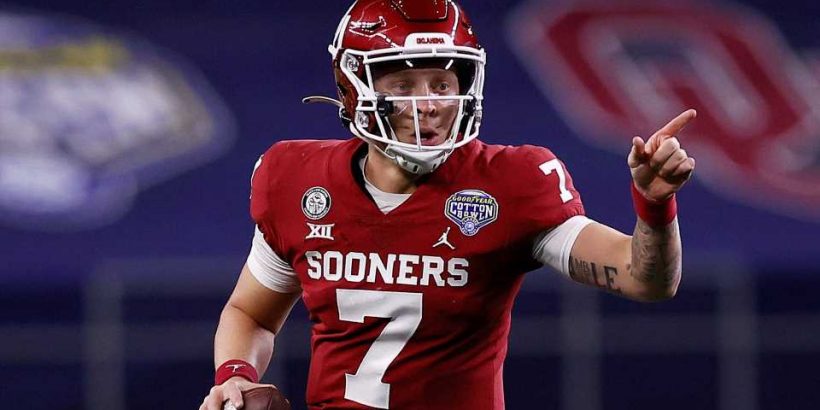 The 2021 college football season should mark a return to normalcy on the field — even if the future of the sport remains up in the air.

Name, Image and Likeness (NIL) rights are coming. College Football Playoff expansion talk ruled the summer. One year after a stop-and-start offseason amid the COVID-19 pandemic, the sport is ready to push forward.

Sporting News is ready for the eighth year of the College Football Playoff era. Will a new school join Alabama, Clemson, Ohio State and LSU as a CFP champion? Or will the same-old powerhouses rule the sport again? Which superstar players are coming to a campus near you? Those are the questions we want to answer.

This year’s Playoff semifinals are Dec. 31 at the Orange Bowl and Cotton Bowl. The College Football Playoff championship game is scheduled for Jan. 10 at Lucas Oil Stadium in Indianapolis.

With that, Sporting News will have preseason top 25 rankings, bowl projections, Heisman contenders, preseason All-Americans and more to get you ready for the start of the 2021 season.

SN’s preseason top 25 rankings are out, and they’ll be updated ahead of August and the regular season. Defending national champion Alabama is No. 1 again. Here’s a sneak peak at our top 10 for 2021:

Who made the rest of SN’s preseason top 25?

Iowa State and Cincinnati are unusual suspects in the top 10 of SN’s preseason rankings, but both programs are among our five best bets to be a first-time participant in the 2021 College Football Playoff. Coach Matt Campbell returns a strong core for the Cyclones, while the Bearcats were in the discussion up until the pairings were unveiled last season. What does Luke Fickell have for an encore?

Clemson’s Trevor Lawrence, Ohio State’s Justin Fields and Alabama’s Mac Jones were among the best quarterbacks last season, and part of a loaded 2021 NFL quarterback class. How will their successors fare? Who is the top quarterback on our list: Oklahoma’s Spencer Rattler or North Carolina’s Sam Howell? Which SEC quarterback could make a Joe Burrow-like rise?

Sporting News has bowl projections for all 43 games involving FBS teams this season. From the Fenway Bowl to the Jimmy Kimmel LA Bowl, there is a lot to talk about. We’ll also have our College Football Playoff and CFP championship picks.

Hint: It’s more of the same, but there are some New Year’s Day 6 surprises. We’ve got Carolina (maybe two) in mind.

One of SN’s most hotly debated offseason topics is our annual 1-130 coach rankings. SN will release those later this month. No. 1 shouldn’t be much of a debate with Alabama coach Nick Saban, but what does the rest of our top 10 look like? How different is yours? Where do you put a coach such as LSU’s Ed Orgeron, who has a national championship but is coming off a 5-5 season? Stay tuned.

Sporting News is one of five outlets used to determine consensus All-Americans. Alabama had six first-team selections on last year’s SN All-America team. Is there anybody left? Who are the marquee players to keep an eye on in 2021? Notre Dame running back Kyren Williams and Iowa State’s Breece Hall are strong candidates to make that list.