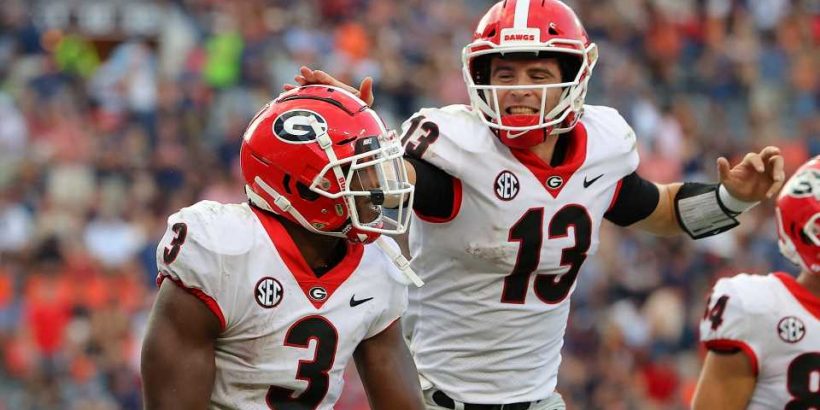 Chaos struck college football at the unlikeliest of places on Saturday: at the top.

No. 1 Alabama lost a stunner to unranked Texas A&M in College Station, falling 41-38 and knocking the Crimson Tide from the ranks of the unbeaten. That loss alone has massive implications on the updated rankings and College Football Playoff standings, and ends several Crimson Tide streaks that were bordering on absurd in terms of their longevity. But it wasn’t the only big loss on Saturday.

No. 4 Penn State also fell to No. 3 Iowa, 23-20, creating an even bigger vacuum in the top five of the latest polls. Like Alabama, the Nittany Lions control their own destiny insofar as the Playoff is concerned, but can’t lose another game and expect to participate on the sport’s top stage. Elsewhere, independent, 10th-ranked BYU lost its first game of the season to Mountain West foe Boise State, likely ending any hope the Cougars had of making the Playoff.

Those weren’t the only top-25 losses, however, No. 6 Oklahoma kept its undefeated record intact with a heart-stopping comeback in the Red River Showdown — overcoming a 28-7 first-quarter deficit — to beat No. 21 Texas 55-48. The Sooners accomplished that with the help of Caleb Williams, who came in off the bench to lead the comeback. And No. 17 Ole Miss also beat No. 13 Arkansas 52-51 with both teams fresh off defeats to Alabama and Georgia, respectively.

Naturally, all the losses had a significant impact on the latest AP Top 25 and Coaches Poll. With that, Sporting News presents the latest college football rankings following the Week 6 slate of games: