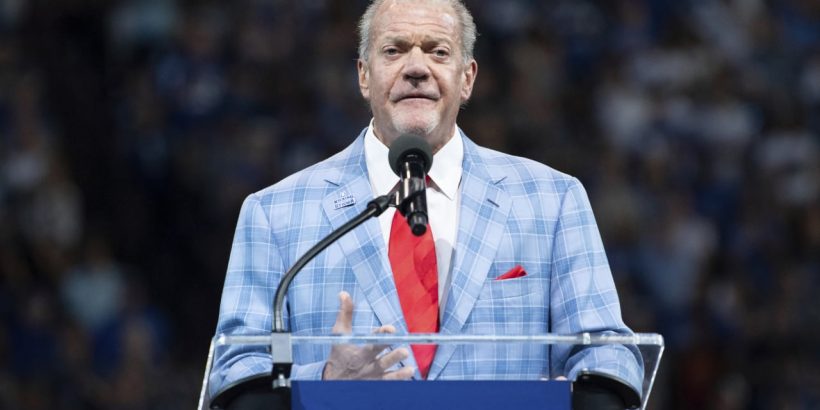 Following the Indianapolis Colts’ disappointing end to the 2021 campaign, owner Jim Irsay sent a message to Indy fans saying the club will use it as fuel in 2022.

“When we started 0-3, we knew the rest of this season would be an uphill climb. We all were hopeful we could dig our way out of the hole and reach the playoffs, and we should have. But we ended our season in perhaps the worst way possible and missed our chance to compete for history.

“The buck stops with me, and this experience makes me even more determined to bring Indiana a contending team. We are already working toward the future, and I’m going to do whatever it takes to put us in a position to win next year and for years to come.

“As always, thank you for your support of the Colts in 2021. This was a rough way to end our year, but this bad taste will fuel and motivate us even more for next season. I promise you there are some exciting days to come.”

The Colts (9-8) would have made the playoffs with a win over the 3-14 Jaguars but trailed by as many as 23 points before losing 26-11 in Week 18. Indy lost two straight games to fall out of postseason position.

Sunday’s loss marked the seventh consecutive loss for Indy on the road against Jacksonville.

It was a difficult loss for most to process, including the Colts and quarterback ﻿Carson Wentz﻿, who drew a lion’s share of the criticism. Wentz was responsible for both Indianapolis’ turnovers, threw for only 148 yards as he completed just 58.6% of his passes, and took six sacks.

“I’ve got to do a better job,” Wentz said after the game. “So there’s a lot that could be said and a lot of things to digest right now. But it’s a frustrating, kinda crappy feeling right now.”

Head coach Frank Reich’s sentiments on Monday somewhat mirrored Irsay’s, as he tabbed the game a “scar,” but one that the Colts would “learn from” and “get better.”

As Indianapolis looks to improve in the offseason, it will come with lessened draft capital. The Colts are without a first-round draft pick in 2022, which they shipped to Philadelphia in a trade for Wentz.