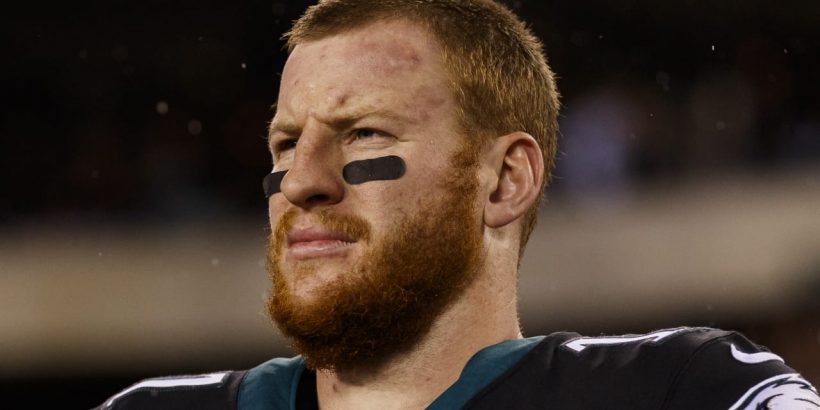 The Indianapolis Colts believe they have the foundation to turn ﻿Carson Wentz﻿’s career around in a hurry.

After Wentz experienced a dismal 2020 season in which he was benched, the Colts traded a conditional first-round pick for the signal-caller, trusting coach Frank Reich can rekindle the QB’s magic from 2017. The head coach isn’t the only man in the building with extensive experience working with Wentz.

New Colts senior offensive assistant Press Taylor worked as the Eagles QB coach alongside Wentz since the signal-caller entered the league in 2016. Taylor said Tuesday that the Indy brass approached him before trading for Wentz.

“That was a no-brainer for me,” Taylor said, via the team’s official website. “I absolutely believe in Carson Wentz as a player.”

Being in Philly for the duration of Wentz’s tenure, Taylor has unique knowledge of the ups and downs of the QB’s career. While Reich was only with the Eagles during the early years, Taylor has an extensive familiarity about how it all went sideways, including 2020, when he was promoted to passing game coordinator along with QB coach duties.

“There were a variety of things that went on last year that made it hard,” Taylor said. “We didn’t do anything well as an offense, as a team. You win four games, there’s a lot to look back and say things didn’t go well for us. Certainly everything around him didn’t go well and I think he would tell you he didn’t play his best last season.

“The four years before that you saw what he’s capable of as a quarterback. You saw overcoming adversity, you saw when he had talented players around him, when maybe the pieces were lesser than at times and the way he could play and elevate those around him.”

It’s a similar refrain we’ve heard from Reich since the trade.

“I just told Frank I 100 percent believe in Carson as a quarterback,” Taylor said.

If Wentz’s goal was to join a team that believes in him unconditionally, he’s done it. The Colts coaching staff has heaped praise and confidence in the QB in bushels since the trade. Now, Wentz must affirm that praise; otherwise, this offseason of flowery encouragement will ring hollow in retrospect.