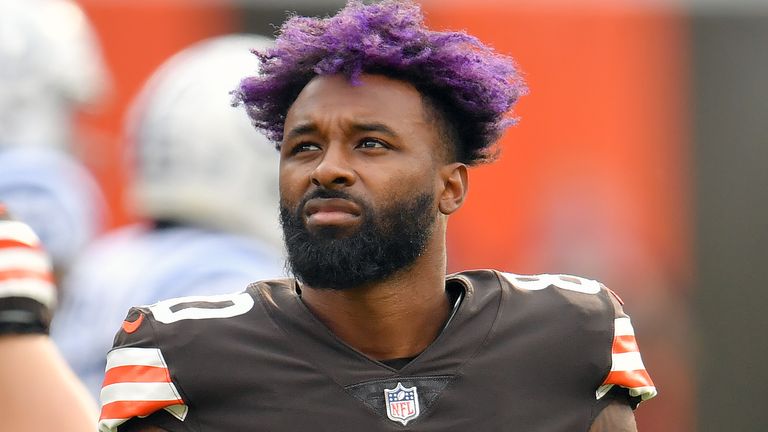 The Cleveland Browns will be without four wide receivers for Sunday’s game against the New York Jets following a positive coronavirus test within their camp.

Wideouts Jarvis Landry, Rashard Higgins, rookie Donovan Peoples-Jones and KhaDarel Hodge were added to the team’s reserve/COVID-19 list on Saturday. The quartet joined linebackers B.J. Goodson and Jacob Phillips who were also added to the list.

The moves comes on the heels of the Browns closing their team facility on Saturday and delaying their flight to New Jersey after a player tested positive for COVID-19. Cleveland (10-4) are scheduled to face the Jets (1-13) at 6pm GMT on Sunday. 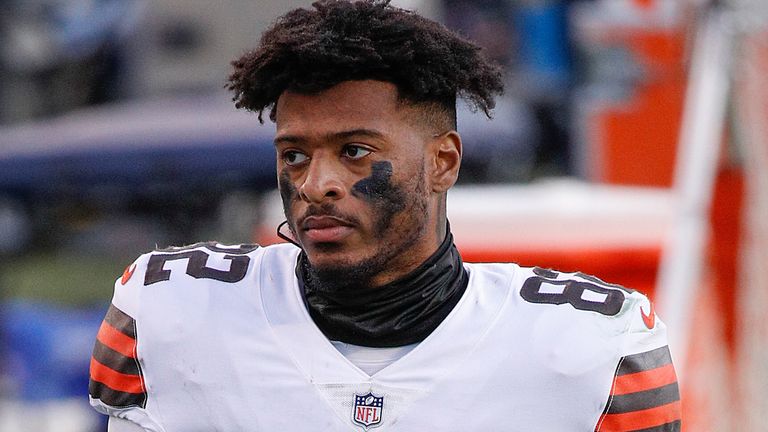 “Earlier today, the Cleveland Browns were informed that a player’s test results have come back positive for COVID-19. Our facility is closed and our flight to New Jersey has been delayed while contact tracing is being conducted,” read a statement issued by the team.

“The team is holding meetings remotely as we continue to consult with the NFL and medical experts on the appropriate next steps as the health and safety of our players, coaches, staff and the entire community remains our highest priority.”

Higgins, 26, is tied with tight end Austin Hooper with 35 catches, while his 544 yards and four receiving touchdowns rank second on the club.

Peoples-Jones, 21, has 13 catches for 293 yards and two touchdowns since being selected by the Browns in the sixth round of the 2020 NFL Draft. 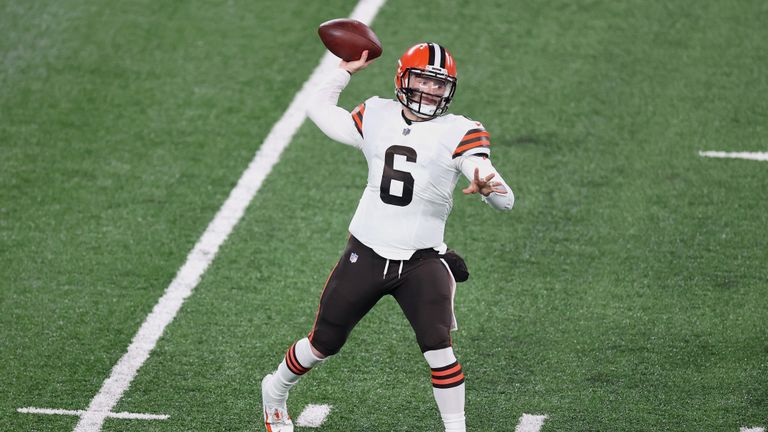 Goodson, 27, has recorded a career-high 91 tackles, with two interceptions and one fumble recovery in 14 games this season. He likely will be replaced by Tae Davis, Malcolm Smith or Mack Wilson.

Phillips, 21, had 15 tackles in eight games this season.

Wills, 21, was placed on the reserve/COVID-19 list earlier this week after coming into contact with an individual outside the organization who tested positive.

The 2020 first-round draft pick (10th overall) out of Alabama has started all 14 games and played 97.6 percent of the team’s offensive snaps this season.

The Browns can clinch a playoff spot on Sunday with a win against the Jets plus a loss by either the Indianapolis Colts, Miami Dolphins or Baltimore Ravens.