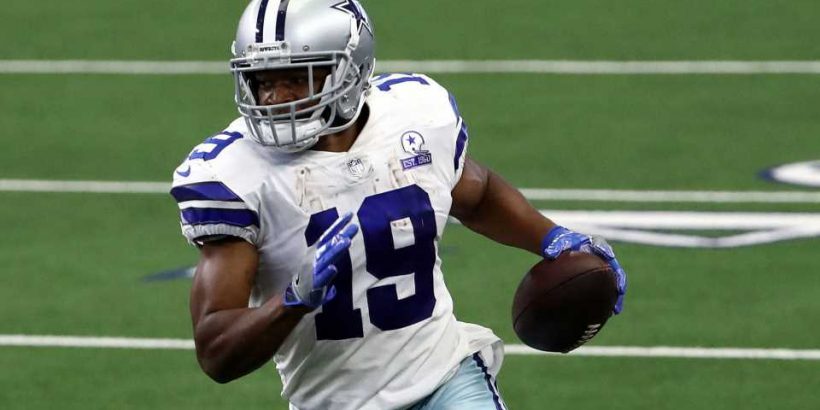 Dak Prescott may not be willing to criticize Amari Cooper’s “personal decision” not to get vaccinated, but Hall of Fame receiver Michael Irvin is.

Irvin, the former Cowboys star who now serves as an NFL Network analyst, ripped Cooper for his decision in a recent interview with TMZ.

“I don’t know what word to put on it, but I am absolutely hot about it,” an animated Irvin said about Cooper’s absence. “Are you joking? I got a guy named Cedrick Wilson catching passes who makes $2 million and a guy named Noah Brown who makes $1 million? And I got a guy who makes $21 million, on the bench, at home, not playing. It’s crazy.”

The Cowboys’ offense struggled without Cooper against the Chiefs, as they totaled single-digit points in a 19-9 loss against the reigning AFC champion. Cooper’s absence played a major role in their problems, and so did the injury to Cooper’s running mate, CeeDee Lamb.

Now the Cowboys will have to survive without Cooper again for their Thanksgiving game. He was automatically ruled out of that contest when he tested positive for COVID-19 last week, as he had to miss a minimum of 10 days as an unvaccinated player.

And Irvin can’t reconcile with Cooper’s decision because he believes it will hurt Dallas’ chances of making the Super Bowl.

Cowboys owner Jerry Jones also addressed Cooper’s status in an appearance on 105.3 The Fan in Dallas. Jones wasn’t nearly as angry as Irvin was about Cooper’s decision, but he acknowledged that things would have been much different if Cooper had been vaccinated.

THANKSGIVING PICKS: Against the spread | Straight up

Indeed, the NFL’s COVID protocols state that asymptomatic vaccinated players are eligible to return to action after positive back-to-back negative tests at least 24 hours apart. So as both Jones and Irvin mentioned, it’s not guaranteed that Cooper would have been able to play in either of these two games had he been vaccinated, but his chances would have been higher.

Jones seemed to understand Cooper’s decision, but also explained that it could end up costing the team as they look to position themselves for a deep playoff run.

“I’m just, again, I said it early. You check ‘me’ at the door in a football team,” Jones said. “That has nothing to do with the issues of masking, not masking, getting vaccinated, not getting vaccinated. And if I have a ton, I shouldn’t. It just has nothing to do with it. The facts are it is a ‘we’ thing when you walk into the locker room, and anybody is being counted on to pull his weight. Everybody expects that. They look around at each other. They understand everybody’s rights. They do. We do. Everybody understands our rights and our options as it pertains to those rights. But can you — if you forget it’s a ‘we’ thing and how important your part is.

“Amari Cooper is outstanding,” Jones continued. “He’s one of the highest-character guys that you will ever be around in any area. He’s outstanding in his introspect and how he does things. Nobody is saying he isn’t outstanding, but this is a classic case of how it can impact a team. At the end of the day, this is team. You cannot win anything individually.

Cooper has caught 44 passes for 583 yards and four touchdowns so far in his seventh NFL season. That represents about 19.7 percent of the team’s receiving yards, so that will be a tough void to fill on Thanksgiving.

If Lamb is also out, that will mean 44.7 percent of the Cowboys’ receiving production will be out of action on Thanksgiving. That could prove tough for Dallas to overcome, even in a game against the reeling Raiders.