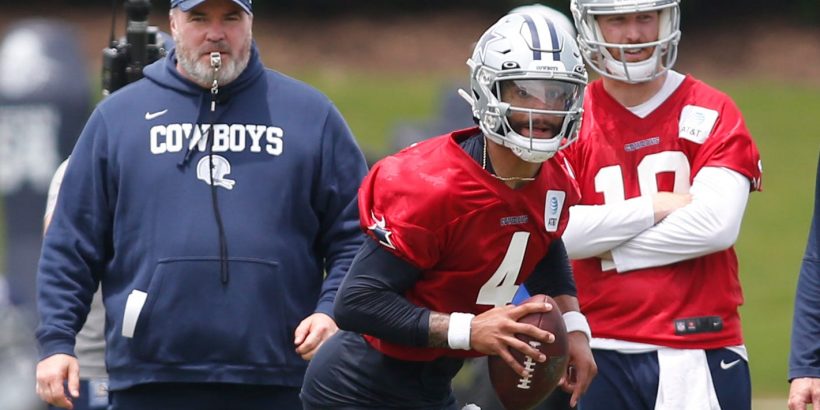 The face of the Dallas Cowboys will now be repping the apparel of a different company.

Dak Prescott has left Adidas — the apparel company he partnered with since his rookie season — and signed a five-year deal with the Jordan Brand to become the company's only quarterback, a person with knowledge of the deal told USA TODAY Sports. The person spoke on condition of anonymity because they were not authorized to announce the deal publicly.

The Jordan Brand is the apparel giant offshoot of Nike that is inspired by NBA legend Michael Jordan, and all Jordan Brand gear displays the "Jumpman" silhouette logo that Jordan made famous.

Prescott, 27, signed a four-year, $160 million contract with the Cowboys in March that includes up to $126 million guaranteed and a no-trade clause and prevents him from ever receiving the franchise tag again.

Prescott suffered a compound fracture and dislocation of his ankle in an Oct. 11 game against the Giants last season, underwent an emergency surgery and had since been rehabbing.

During this week's minicamp practices, Prescott has been on the field as a limited participant and is moving closer toward returning to full health.

“I’ve buried the injury, honestly guys, you know me,” Prescott said Wednesday afternoon. “From the point of practice, from the point of just moving forward and going about my life, I’ve buried it. I’ve buried it mentally. And I think you guys and a lot of people around me have to help me and bury it as well as we move forward."