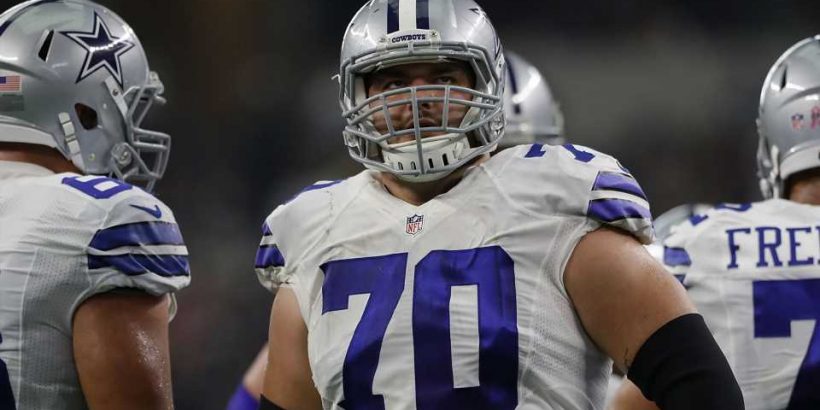 The Cowboys suffered a significant blow to their offense on Sunday when coach Mike McCarthy announced four-time All-Pro guard Zack Martin had tested positive for COVID-19. He will be inactive for Dallas’ Thursday game against defending Super Bowl champion Tampa Bay.

McCarthy said third-year lineman Connor McGovern, the Cowboys’ third-round pick in the 2019 NFL Draft, will replace Martin at right guard. He added that Martin, whose vaccination status is uncertain, was “frustrated, obviously, but this is the world we live in.”

Shortly after McCarthy’s announcement, Dallas announced Martin had been placed on the reserve/COVID-19 list:

McCarthy also announced right tackle La’el Collins (neck stinger) will return to practice on Sunday. Offensive lineman Brandon Knight is also on the reserve/COVID-19 list after being deemed a close contact of Martin’s.

The latter’s loss across the offensive front doesn’t bode well for the Cowboys, especially considering Dak Prescott will play his first meaningful football since suffering a compound fracture and dislocating his ankle in last year’s Week 5 matchup vs. the Giants. Prescott said he will be 100 percent healthy when he takes the field, referencing both his ankle and latissimus strain.

The Bucs return 37 sacks, 62 tackles for loss and 91 quarterback hits from seven starters among its front seven from last year’s team. That doesn’t include defensive lineman Vita Vea, who only played five games in from the 2020 regular season before returning for the 2021 NFC Championship game and Super Bowl.

Bucs defensive lineman Ndamukong Suh is currently on Tampa Bay’s reserve list, but could return in time to play the Cowboys on Thursday.