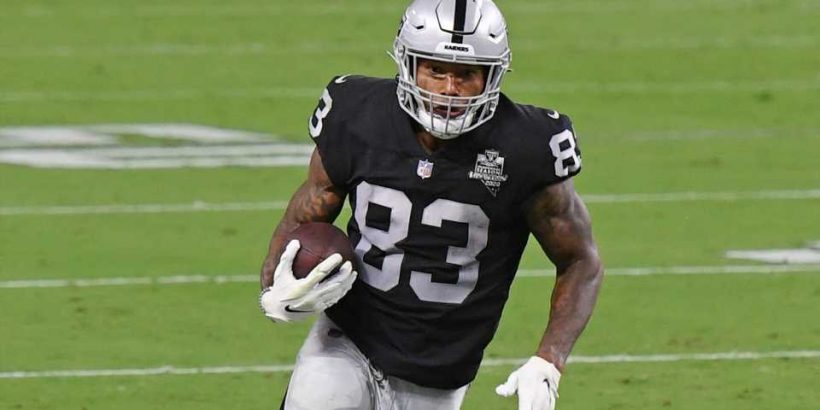 The Raiders are looking to upset the Cowboys on Thanksgiving, but they will have to do so without Darren Waller.

Waller, Las Vegas’ star tight end, suffered an injury after making a catch over the middle of the field. He got away from his defender and ran up the field for a 21-yard gain, but Cowboys safety Jayron Kearse rolled up on him from behind.

RIVERA: The weird, the bad and the gross from Lions vs. Bears

The Raiders’ tight end stayed down briefly after the tackle while reaching for his left knee.

Waller was eventually able to leave the field under his own power. However, he didn’t return to the field for the rest of the drive, not even when the Raiders got into the red zone.

The Raiders originally ruled Waller questionable to return with the injury, but the team ruled him out after halftime.

Before exiting, Waller recorded two catches for 33 yards on a team-high five targets. The Raiders led 14-6 at the time of the injury.

Foster Moreau will operate as Las Vegas’ No. 1 tight end if Waller can’t return to action. Moreau, a former fourth-round pick by the Raiders out of LSU in 2019, had 11 catches for 132 yards and three touchdowns entering the Thanksgiving Day game. His best game of the year was a six-catch, 60-yard outing against the Eagles in Week 7; Waller missed that game because of an ankle injury.

In addition to Moreau, third-year player Daniel Helm and undrafted rookie Matt Bushman could see more action. Helm was targeted by Derek Carr in the red zone on the possession that Waller was injured. The two couldn’t connect, as Helm appeared to break off his route while Carr wanted the backup to continue it.