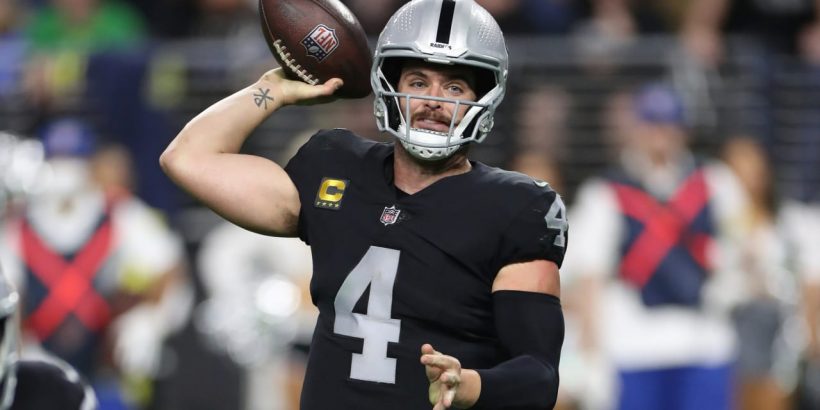 When the Raiders take the field Saturday against the Bengals, Rich Bisaccia will lead them out there. The interim coach took over a team in turmoil following Jon Gruden’s resignation and led them to the playoffs.

Yet, if they lose, uncertainty awaits.

The Raiders will conduct a full and thorough coaching search when the offseason begins, and it appears the future of quarterback Derek Carr will be tied in with it.

Las Vegas and Carr have a mutual decision to make this offseason, and sources say the choice of the head coach will be a factor.

Bisaccia will receive an interview and be considered for the position, sources say. A win or two in the playoffs gives him a far better opportunity to keep the job long term. But the search will be real and thorough, and Bisaccia goes in as not necessarily the favorite.

Carr has made it clear publicly that his preference is to stay with the Raiders, famously saying that he’d probably quit football as opposed to playing for another team. But with one year remaining on his five-year, $125-million contract, he has earned a near-top of the market extension.

On the back of Carr’s stellar play, the Raiders finished the season with four straight wins — all by four points or less. How the organization approaches a possible extension will be telling.

General manager Mike Mayock’s performance will be evaluated, as well, by owner Mark Davis, and whether he stays may also affect Carr’s future, as a new GM would have to make a decision on Carr’s contract.

If the pendulum swings in the other direction, and the Raiders and Carr decide to part ways, expect a long line of suitors for Carr, who has impressed when it mattered most this season on the field. Off the field, as Gruden resigned after The Wall Street Journal and New York Times published articles detailing the use of racist, homophobic and misogynistic terms by Gruden in emails and former receiver Henry Ruggs III was released following his arrest and charges for multiple felonies related to his role in a traffic collision that resulted in the death of a young woman, Carr was essential in keeping that locker room together.

Among the teams who would make sense for Carr are the Saints, Texans and perhaps the Colts, should they decide to move on from Carson Wentz﻿. If Carr is, in fact, available, he will likely garner more interest than that.