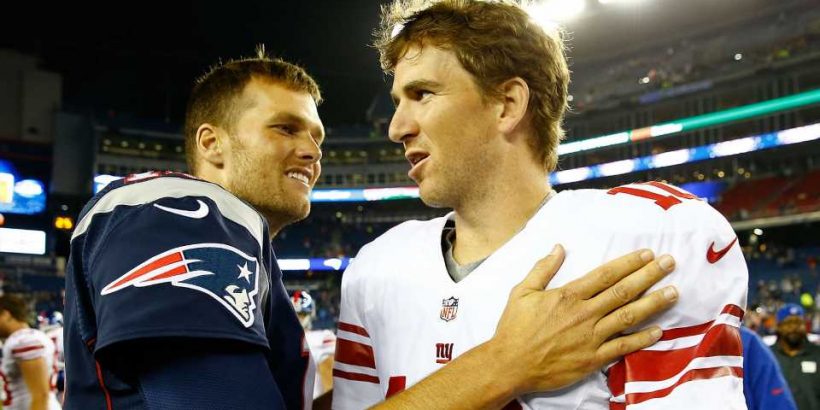 For all his numerous accolades and Super Bowl titles, Tom Brady still thinks about the one that got away.

The Hall of Fame quarterback on Monday admitted that he would be willing to trade two of his seven Super Bowls wins for the 19-0 season the Patriots nearly completed in 2007 — if not for a 17-14 loss to Eli Manning and the Giants in Super Bowl 42.

Well, Manning had the perfect response for Brady on Tuesday.

The most savage trolls are always the simplest, and it doesn’t get much simpler than a one-word response. It’s only made better considering that both of Manning’s two Super Bowl victories came over Brady’s Patriots.

Brady might be the best quarterback and player in the history of the NFL, but Manning is always going to have that over the ageless wonder. No wonder he’d never give up those Super Bowls.

But, hey — Brady isn’t retired yet. He has at least one more shot at an undefeated season in Tampa Bay with a very good supporting cast.