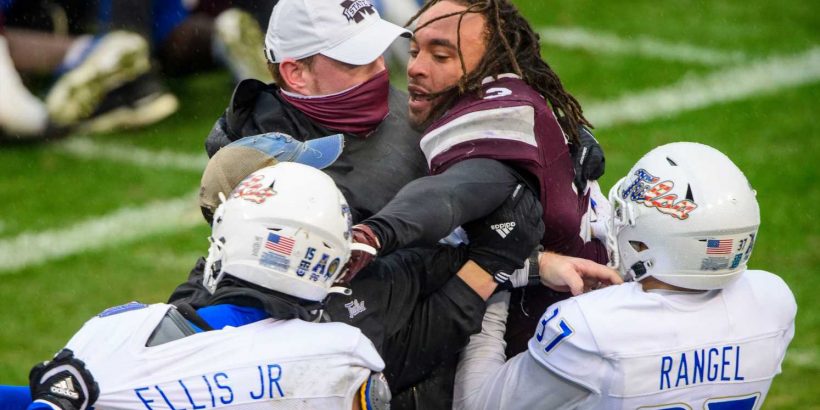 ESPN's "College GameDay" analysts didn't hide their disgust Friday morning as they discussed Thursday's brawl between Mississippi State and Tulsa at the end of the Armed Forces Bowl, which the Bulldogs won 28-26.

Host Rece Davis said the fight was a "crossroads moment" for Mississippi State and Leach.

Herbstreit suggested serious consequences for coaches and players who were involved.

"We've all been around the game. There are fights in football. But to this level — where the police are coming in and people need to be arrested — there needs to be consequences to send a message, not just to these coaches and to these players, but to the entire country that this will not be tolerated. I don't know who that would be. I hope the powers that be will drop some serious fines on the coaches and drop some suspensions on some of these players."

Analyst David Pollack called for swift justice for those involved.

"The fact that you jump up and cleat somebody, you should be kicked out of the sport," he said. "Like, go away. That's the dumbest thing I've ever seen on a football field."

“This is a black eye for the sport. … It’s as bad as it can be.”@KirkHerbstreit had some powerful thoughts about yesterday’s brawl between Mississippi State and Tulsa. pic.twitter.com/YW2lphdNql