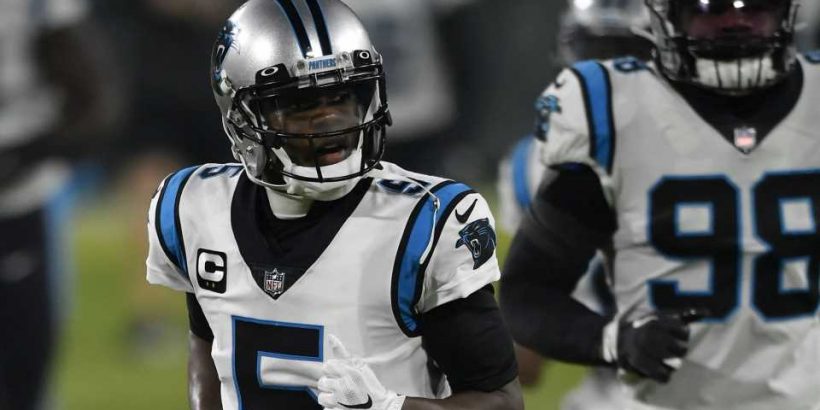 The now ex-Panthers quarterback has a new team in Denver after losing his job (again) to Sam Darnold following Carolina’s offseason acquisition of the former Jets first-rounder.

Clearly, things weren’t all rosy for Bridgewater his sole year in Carolina under head coach Matt Rhule and offensive coordinator Joe Brady. In fact, Bridgewater took issue with some of the things the coaching staff did during the week that may have hindered the squad on Sundays.

Speaking on the “All Things Covered” podcast with Patrick Peterson and Bryant McFadden, the veteran passer shined a light on the team’s questionable practice habits that he believes hamstrung the Panthers in 2020:

I think man, I’ll just say this for Joe Brady’s growth, I think man, that organization’ll will have to like, practice different things in different ways. One of the things we didn’t do much of when we was there, we didn’t practice two-minute (drill) really, we didn’t practice red zone. I guess the game is becoming about science and trying to keep guys healthy. We didn’t practice on Fridays, but we walked through. We walked through the red zone stuff, and Saturday you come out and practice red zone. But you only get like 15 live reps. Guys’ reps would be limited. That’s the unknown, but I’m a pro man, and I could throw all that out there, but at the end of the day that won’t get me nowhere, man.

Interesting to note that Panthers practices didn’t include a focus on the red zone, to which both Peterson and McFadden audibly, incredulously guffawed: Red-zone and two-minute drills are typically practice staples during the week for NFL squads, so Carolina opting to spend less time on them is curious.

Carolina’s red-zone scoring percentage ranked 28th in the NFL last season; it converted just over 50 percent of its chances. Maybe more practice would have helped. Rhule, a first-year coach, and Brady, a first-year OC in 2020, might want to look into changing that this upcoming season.

Give Bridgewater credit, though: He did spend a healthy part of the interview taking blame for the shortcomings in Carolina, even with his takedown of the practice tendencies.

Whatever the case, it’s water under the bridge now for Bridgewater, who will be suiting up for the Broncos come the 2021 season.