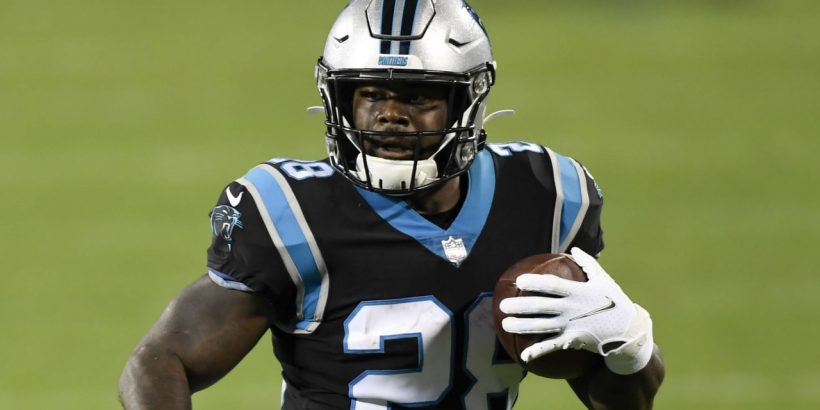 The Atlanta Falcons plundered a division rival to fill their backfield hole.

NFL Network Insider Ian Rapoport reported that the Falcons are signing former Carolina Panthers running back Mike Davis to a two-year, $5.5 million contract that includes $3 million fully guaranteed, per a source informed of the situation.

Davis is coming off a season in which he carried the load in Carolina for an injured ﻿Christian McCaffrey﻿, toting the rock 165 times for a career-high 642 yards and six TDs. Plenty capable in the passing game, Davis also added 59 catches for 373 yards and two more scores.

The 28-year-old running back showed he has the power to break tackles up the middle and enough speed to the edge. He’s not a game-breaker — going for a long of 25 yards in 2020 — but he’s a reliable runner who is efficient and rarely lost yardage.

With ﻿Todd Gurley﻿ and Brian Hill both free agents, the Falcons had a hole atop their RB depth chart. ﻿Ito Smith﻿, ﻿Qadree Ollison﻿ and Tony Brooks-James fill out the depth chart. An Atlanta native, Davis will get the first crack at the No. 1 duties.

Given new coach Arthur Smith’s run-game proclivity, Davis could be in line for a heavy workload. The Falcons should also be expected to add a running back at some point in the 2021 NFL Draft. How high that selection comes will clarify Davis’ full-time role in Atlanta.

The Falcons also added to their defense Tuesday. Rapoport reported Atlanta is signing former Bears linebacker ﻿Barkevious Mingo﻿ to a one-year deal. The journeyman former first-round pick compiled 2.5 sacks in a rotational role in Chicago in 2020. The Falcons will be Mingo’s seventh team in the past seven seasons.