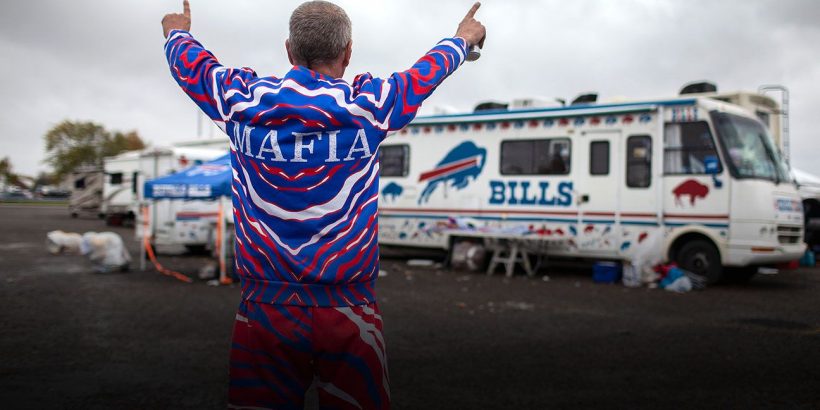 The first Sunday slate of the 2021 NFL season has finally arrived.

Of course, the season kicked off with the defending champion Tampa Bay Buccaneers defeating the Dallas Cowboys 31-29 on Thursday night.

NFL Sundays are different, though — especially opening weekend. Teams are reigniting their hopes for their own Super Bowl runs, so it’s only right for players, coaches and fans to look their best before getting a new season underway.

So as today’s action gets underway — and as New York Fashion Week draws to a close — let’s take a look at some of the best pregame looks.

The 2020 No. 1 draft pick’s rookie season lasted only 10 games because of injury. According to the Elias Sports Bureau, his 2,688 passing yards through 10 career games ranks fifth in NFL history.

Judging by his kickoff weekend threads, Burrow appears ready to pick up where he left off.

The fifth-year veteran spent his first four NFL seasons with the Cowboys before signing a three-year deal to become a Bengal in March.

Along with being quite sharp for his Bengals debut, Awuzie already seems quite familiar with his new team’s “Who Dey” chant.

The 49ers, who are celebrating their 75th season in franchise history this year, put together an impressive montage of their players’ best threads and jewelry.

Tennessee enters this season seeking a third straight playoff berth for the first time since it made seven straight appearances (as the Houston Oilers) from 1987 to ’93. To bolster their chances, the Titans acquired Jones from the Atlanta Falcons, where the two-time All-Pro ranks first all time in receiving yards.

Jones went for a subtle look ahead of his debut with Tennessee, which ranked fourth in points per game last season (30.7). His new teammates Henry, Brown and Tannehill look just as ready to bolster one of the league’s most explosive offenses.

Speaking of ready, here is the first official shot of Jones taking the field in his new No. 2 after the league amended its rule on jersey numbers during the offseason. He wore No. 11 during his 10-year stint with the Falcons.

History won’t be on Lawrence’s side, though. The last 13 QBs taken No. 1 overall are winless in their first starts, with David Carr (2002) being the last to win.

Lawrence and his teammates look quite ready to give Jacksonville football a new look in more ways than one.

Lawrence looked quite comfortable on NRG Stadium’s field as he inched closer to finally taking his first snap in a pro game.