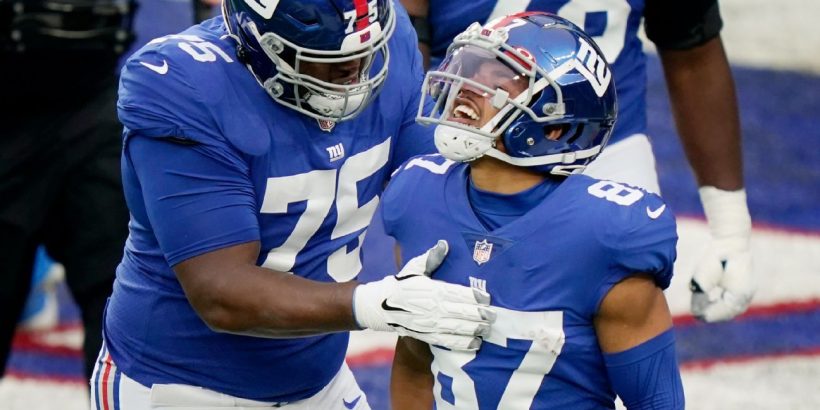 EAST RUTHERFORD, N.J. — The New York Giants flew down the field against the Dallas Cowboys on their opening drive Sunday, reaching the end zone on a Sterling Shepard 23-yard run.

It was easy. Four of New York’s six plays went for at least 10 yards, including the touchdown, when Shepard took a toss coming across the formation to the right side.

There wasn’t a Cowboys defender in sight on the misdirection run. Center Nick Gates and tight end Kaden Smith were out as lead blockers on the end around, but they didn’t have to do much. Shepard evaded a defender near the goal line and recorded his first career rushing touchdown. It was the first rushing touchdown by a Giants receiver since 2013.

It gave the Giants a 6-0 lead after a missed Graham Gano extra point.

The Cowboys have now allowed 20 rushing TDs this season, tied for the most in a season in franchise history (1960 and 1961, the franchise’s first two seasons).

Shepard added a second touchdown with 6:42 left to play in the second quarter when he caught a 10-yard pass from Daniel Jones. Shepard entered Sunday with two total touchdowns on the season and has matched that number in the first half.

The winner of this game will claim the NFC East crown if they also get a loss from the Washington Football Team on Sunday night against the Philadelphia Eagles.