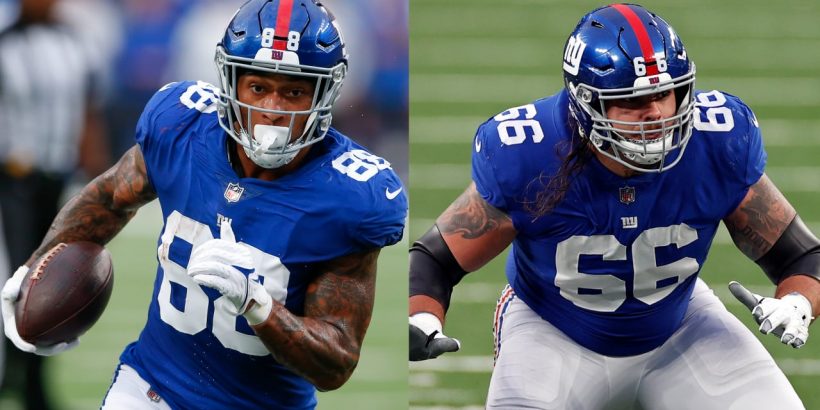 A New York Giants offense that sputtered in its season opener will be short two starters this week due to injury.

Neither tight end Evan Engram (calf) nor guard Shane Lemieux (knee) practiced this week, and both will be unavailable for the club’s first NFC East game against the Washington Football Team on Thursday, according to the team.

It’s not a good week to be compromised up front, against a talented Washington defensive line that will be looking to rebound from an unimpressive performance last week against the Los Angeles Chargers. The Giants’ unofficial depth chart lists Ben Bredeson as Lemieux’s backup at left guard; he’ll presumably be charged with blocking defensive tackles Daron Payne and Jonathan Allen.

As for Engram, he’s an important weapon for quarterback Daniel Jones when healthy — he was targeted 109 times for 63 receptions in 2020 – but Jones will have to turn elsewhere this week. Engram also missed the team’s 27-13 season-opening loss to the Denver Broncos.

Running back Saquon Barkley is listed as questionable as he continues with limited practice participation. Barkley played his first game since reconstructive knee surgery last week against Denver, but played just 28 snaps and carried just 10 times. Following the game, however, Barkley said he felt good and ready for a bigger role.

Giants reserve linebacker Cam Brown (hamstring) also is out for the game.

Meanwhile, Washington got some good news on the injury front with RB Antonio Gibson﻿, who was limited early in the week with a shoulder injury but has since been a full participant in practice.