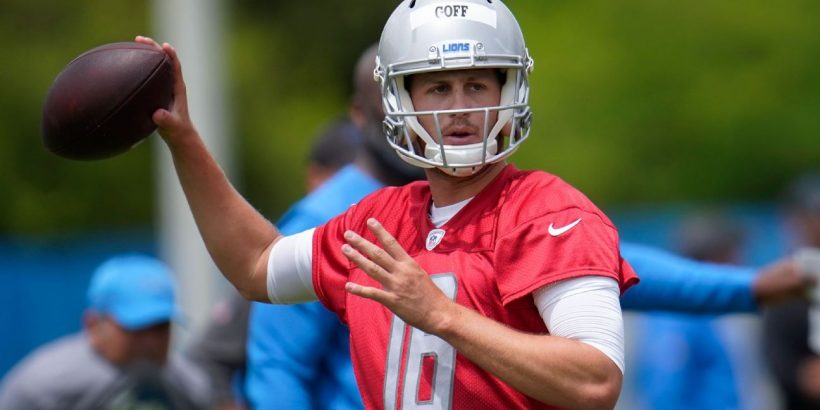 ALLEN PARK, Mich. — Outside of a couple of weeks of OTAs and one day of mandatory minicamp, Jared Goff doesn’t have much experience with the Detroit Lions.

Even without playing in an official regular-season — let alone preseason — game in Honolulu blue and silver, the sixth-year quarterback says he feels the new situation, with first-year head coach Dan Campbell and offensive coordinator Anthony Lynn, has already “empowered me.”

Goff clarified that he wasn’t taking a jab at his former team, the Los Angeles Rams, but he was simply emphasizing that things have gotten off to a great start in his new home.

“I don’t want this to turn into I’m saying this in regards to anything that’s happened in my past, it’s just been fun to be a part of that. There were times where it was like that in the past and there weren’t times where it was like in the past, it’s a little bit of both,” Goff said. “For this to start off on that foot, I think is the best thing I can say. It’s been fun. It’s been really cool and I’ve had a lot of fun having that ownership and being able to really use my strengths and use my knowledge and use what I know, and at the same time continue to learn from these guys.”

Goff was traded in the offseason for Lions great Matthew Stafford, which marked the first time that No. 1 overall draft picks were traded for each other in the common draft era (since 1967).

Goff has also reunited with new Lions general manager Brad Holmes, who spent his entire front-office career in the Rams’ organization. Goff’s 42 wins over the past four seasons are tied with Russell Wilson for the second-most over that span, according to ESPN Stats & Information research, but team success wasn’t on the same tier as his individual passing stats, which is something he hopes can change.

The Lions’ coaching staff is putting a system in place, but it hasn’t hesitated to include Goff’s input on details.

There have been many questions concerning Detroit’s new wide receiver corps, but Goff says he’s building “great” chemistry with the guys. Before reporting to Michigan for minicamp, he organized workouts with the group in Los Angeles to start building chemistry.

“I want him to feel comfortable enough to say what’s on his mind, like, ‘Why are we not converting these?’ And either I’ll tell you, ‘This is why we’re not,’ or ‘A-Lynn [says], this is why we’re not converting these,’ or, ‘You know what, it’s a good idea. Let’s do it,'” Campbell said. “I want him to have open dialogue with us, I want him to have feedback. There’s things that if he feels like this is something he can do, and we feel good about putting it in his hands, that’s what we want to do, because I think if you do that and you feel like he can handle it, he really does gain a lot more ownership into it and the guys will feel that, the guys around him.

“That’s what we want. I don’t want to just put him in a box and say, ‘No, no, no. This is who you are. You have to stay in this confinement, and you cannot deviate out of this box whatsoever. No, no, no.’

“I want him to be able to come out of that box at times. You’ve got things that you feel like you can do, you can handle, we can handle as a team, then we’ll put on him whatever we feel like we can put on him because I think that will help him grow and become better as our field general.”