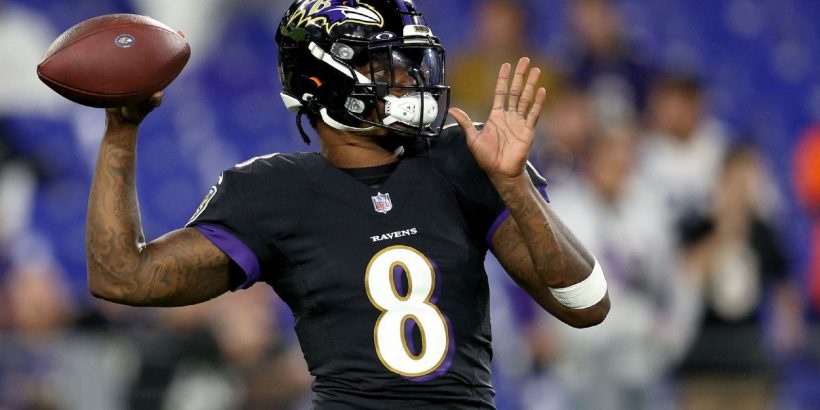 BALTIMORE — The Baltimore Ravens weren’t able to set an NFL rushing record but all they will remember is how Lamar Jackson carried them with his arm.

Rallying from 19 points down in the second half, Jackson led the Ravens to an improbable 31-25 comeback win over the Indianapolis Colts. Jackson’s 5-yard touchdown pass to Marquise Brown in overtime lifted Baltimore to its fourth straight win.

The Ravens, who were down 22-3 with 3:06 left in the third quarter, completed their biggest comeback under Jackson and coach John Harbaugh. Baltimore had been 0-17 under Harbaugh when trailing by 19 or more points.

Held to 72 yards rushing, the Ravens had their record-tying 100-yard rushing streak end at 43.

“We didn’t get it,” Jackson said of the rushing streak after the game. “It’s all good, we got the victory.”

Jackson carried the Ravens with his arm this time, throwing for a career-best 442 yards.