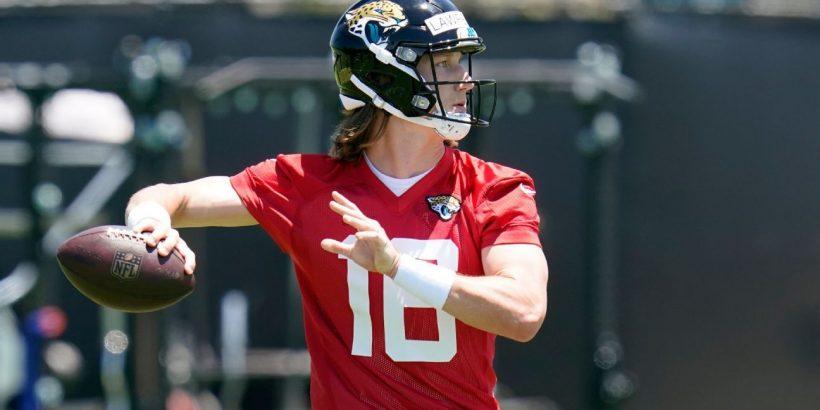 JACKSONVILLE, Fla. – The Jacksonville Jaguars are being extra careful when it comes to Trevor Lawrence’s hamstring.

The tightness that limited Lawrence last week in OTAs reemerged during the first day of mandatory minicamp on Monday, forcing the Jaguars to keep him out of team drills. Head coach Urban Meyer said that’s likely to happen on Tuesday as well.

“Our trainers and Schotty [passing game coordinator Brian Schottenheimer] are being a little cautious because right now when you’re a month out, you yank a hamstring now you’re going to miss the early part of the training camp,” Meyer said. “That’s that one muscle that, you guys have all seen it like I have, you pull a hamstring at this point you’re going to miss all your summer conditioning so we’re being somewhat conservative on it.

“But he actually could play a game if he had to.”

Lawrence did some work off to the side while the rest of the team did their pre-practice stretches and warmup, but he did participate in individual drills and 7-on-7 sessions. He did not do any work in 11-on-11.

Lawrence said he would rather be participating fully, but understands the Jaguars’ approach.

“It’s been about a week and trying to work it back to full capacity and yeah, it’s a little frustrating just not being able to go full speed but I’m feeling good,” Lawrence said. “I’m just trying to not have any more setbacks, so taking it slow. Got some good reps today. So start getting more and more each day this week and kind of work back into it.”

The Jaguars have one more day of mandatory minicamp and then break until training camp starts in late July.