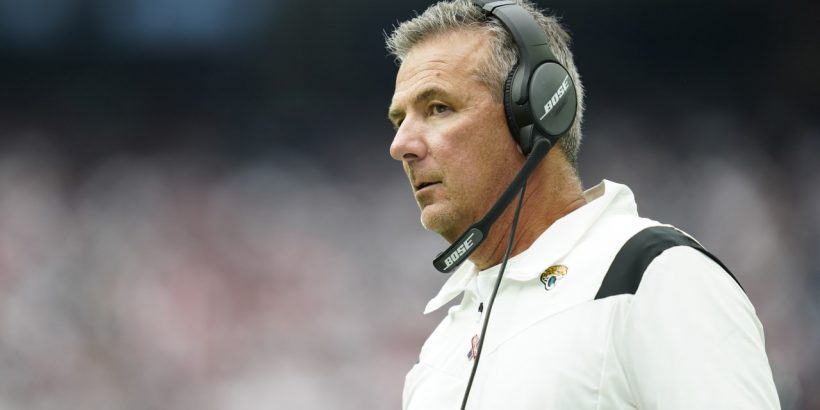 Jacksonville Jaguars coach Urban Meyer made it clear Wednesday that there’s no chance of him returning to college to take the newly vacant coaching job at USC on Monday.

“No chance. I’m here committed to try to build an organization,” Meyer said.

That build could be a lengthy one, if the Jaguars’ first game is any indication. The long-suffering franchise has a potential cornerstone in rookie quarterback ﻿Trevor Lawrence﻿, who was the No. 1 overall pick of the draft, but Sunday’s loss to the Houston Texans showed it will take a lot more than Lawrence to turn the franchise’s fortunes around. Between dropped passes, 10 penalties and a porous defense, Jacksonville lost 37-21 in disheartening fashion.

On one level, it’s absurd that Meyer’s name was tossed into initial speculation on potential hires for USC director of athletics Mike Bohn, given that he’s merely one game — albeit an embarrassing loss to a very beatable opponent — into his NFL coaching career. On another level, it shouldn’t be surprising, given his remarkable success as a college coach. Meyer won national championships at both Florida and Ohio State before taking on the challenge of coaching at the NFL level.

USC presumably won’t hire a permanent coach until after the season — likely December, the prime month for college football coaching turnover. By then, Meyer should have a much better feel for whether he’s a fit for the Sunday league.