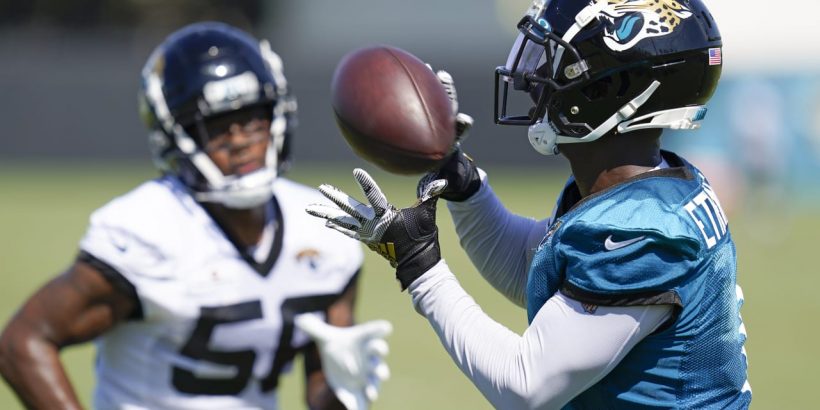 Ten days after the Jacksonville Jaguars lost ﻿Travis Etienne﻿ to a season-ending Lisfranc injury, the rookie running back will have his foot operation.

NFL Network Insider Ian Rapoport reported that the first-round RB will undergo surgery today to repair the foot, per a source informed of the situation. Noted expert Dr. Robert Anderson is performing the surgery.

Etienne’s recovery timetable is expected to be around four months. While that knocks him out for the entirety of his rookie campaign, he’ll have plenty of time to be ready for the 2022 season. The Jags placing him on IR before the initial 53-man roster negates any possibility of the RB returning this season.

The rookie played sparingly this preseason. He took 16 total snaps in the Jags’ first two preseason games, carrying the pigskin twice for three yards. He played just three snaps before injuring his foot in the preseason finale.

The belief was that Jags coach Urban Meyer was waiting until the regular season to display Etienne’s full role in the offense. A running back with pass-catching acumen, Etienne’s dual-threat ability is a weapon the Jags offense needed.

Sans the Clemson star, the Jaguars offense is sorely lacking in a speed element.

With Etienne out, running back ﻿Carlos Hyde﻿ is likely to see additional snaps backing up James Robinson. In addition, ﻿Laviska Shenault Jr.﻿ is likely to get any screen or gadget plays that Etienne would have taken. And veteran ﻿Tavon Austin﻿ likely made the club based on his ability to play a similar role Etienne was pegged to star in.