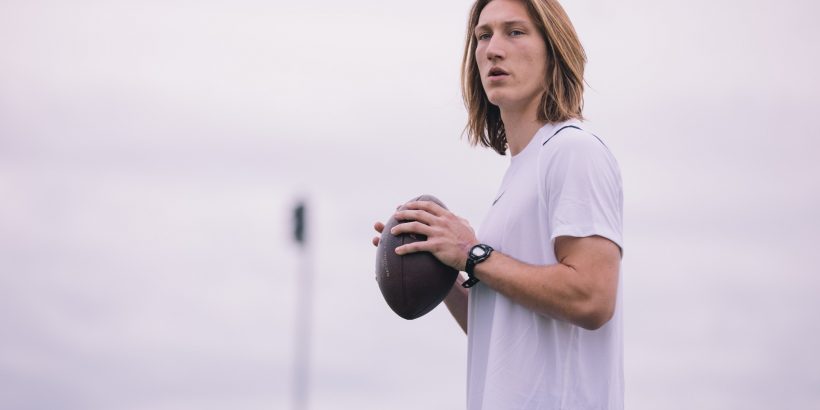 Heading into the 2021 NFL season, the Jaguars are looking completely different. One of the most successful college coaches in NCAA history, Urban Meyer, has taken over the team, and along with No. 1 overall pick Trevor Lawrence, the duo will look to revive and rebuild the Jaguars. That won’t happen overnight, but as the NFL season approaches, there will be excitement about what they can accomplish during their first year.

It may take time for the Jaguars’ defense to round into form, but at the moment, their offense looks pretty solid, provided that Lawrence can step in and be effective right away. Considering that he may be the best quarterback prospect since Andrew Luck, Lawrence should have a chance to make an impact early in his career.

The Jaguars’ offense should be fun to watch this year in the defense-light AFC South and getting to play a last-place schedule after going 1-15 last season.

Here is a complete breakdown of the Jaguars’ 2021 schedule, including dates, start times and analysis.

The Jaguars’ schedule will be announced as part of the NFL’s schedule release on Wednesday, May 12 at 8 p.m. ET. These are the teams that they are scheduled to play during the 2021 NFL season.

Last year’s Jaguars actually started the season on a positive note, beating the Colts. Then, it became abundantly clear that they didn’t have the talent to do much at all.

The Jaguars dropped their last 15 games of the season. Their competition almost always outweighed and outplayed them, and the team used a few different quarterbacks throughout the season, including Gardner Minshew, Mike Glennon and Jake Luton. That explains part of their issues, but their inability to make any big plays on defense also was a factor.

The Jaguars should be better in 2021. They probably won’t challenge for a playoff spot like the Colts did in Luck’s first season, but with Lawrence, the Jaguars will have a chance to earn a few wins, especially with a weaker overall schedule.

Thanks in part to their poor finish last year, the Jaguars don’t have a daunting schedule in 2021. They are facing the 18th-ranked strength of schedule this year at a mark of 0.491 and have seven games against teams that made the playoffs last year, four of which are divisional.

Things do change year to year, though, so they may have a tougher time containing the 49ers with Jimmy Garoppolo healthy or Trey Lance starting. Still, this schedule as a whole isn’t too bad, especially considering that the Jaguars have a legitimate chance to sweep the Texans and double their win total from last season.

Toughest Tests: The Jaguars have some tough-looking road games on the schedule this year. They’ll have to travel to New England to take on the Patriots, and they also have travel to Seattle and Los Angeles to take on the Seahawks and the Rams.

Given the Jaguars’ defensive issues, beating either that Rams or the Seahawks doesn’t seem likely. The Rams are too balanced of an offensive attack, and the Seahawks’ Russell Wilson will have a field day against Jacksonville’s young defense.

Biggest Breaks: In getting a last-place schedule, the Jaguars have a couple of winnable matchups against the Bengals and the Jets. Lawrence is superior to the quarterback of each of those teams, Joe Burrow (Bengals) and Zach Wilson (Jets), so he should have a chance to lead the team to wins in a shootout those weeks.

Also, the Jaguars have winnable division games against the Texans. The Jaguars might not be able to beat them both times they square off if Deshaun Watson plays, but the Texans have a poor roster as a whole. That should give the Jaguars’ offense and chance to outduel them in an offensive-heavy game plan.

Bottom Line: The overall success of the Jaguars will depend on how quickly Meyer and Lawrence get acclimated to the NFL. It may take time, and the Jaguars probably don’t have the personnel needed to compete with the better teams on their schedule. Still, they should be much improved from last year, and it shouldn’t surprise anyone if they string together some wins during the season.