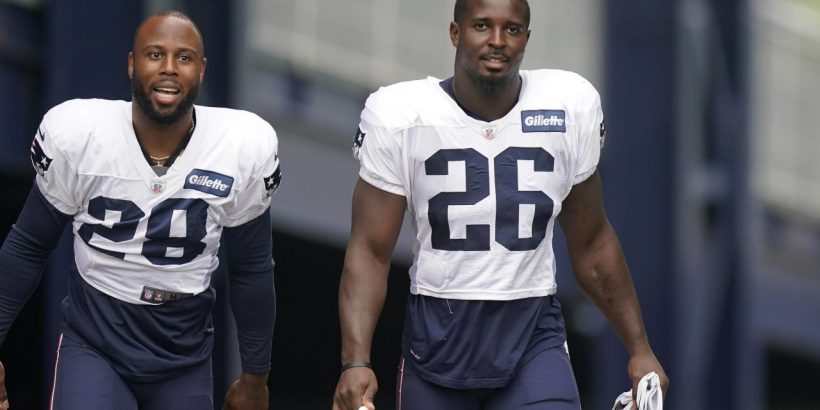 The trade of Sony Michel to Los Angeles helped address a significant need for the Rams. It also forced Michel’s former teammates to process his departure rather quickly.

New England had a glut of running backs, which became increasingly apparent thanks to a productive preseason from Rhamondre Stevenson and J.J. Taylor to this point, and they simply couldn’t keep them all. With Michel’s inability to consistently remain on the field — he’s played double-digit games in just one of his three NFL seasons — in mind and the Rams on the phone, the Patriots made the move, leaving the team’s players to react before the end of the day.

“Definitely tough. That’s my guy,” running back James White said of learning Michel was headed west, via WEEI. “Being with him since his rookie year, kind of helping him become the player he is today and he’s gotten better and better each year. It’s tough to see him go, for sure. He’s a hard worker, tough guy. Definitely puts the team first. Definitely going to miss him, but best of luck to him.

“Definitely like a little brother. He’s from where I am from, so us Florida guys we kind of gravitate towards each other. Just tried to take him under my wing a little bit and tried to help him be the best player and man on and off the field that he could be. Like I said, it’s tough to see him go for sure, but I am sure he will do great out there.”

It is, of course, a business that can often be harsh and change without a moment’s notice. Anyone looking at New England’s depth chart might have seen this one coming, though the destination was mildly surprising.

Then again, it’s rare the Rams come across a trade involving their draft picks and don’t at least give it some serious consideration. And with a void at the position following Cam Akers﻿’ offseason Achilles tear, it wasn’t difficult to say yes.

As Boyz II Men once sang, it’s hard to say goodbye to yesterday. But bright days are ahead for both Michel, the new lead back in Los Angeles, and the Patriots he was forced to leave behind.